Even though there was absolutely no way he was ever going to win — and even though there were even some instances where he didn’t even follow the proper procedure to get put on the ballot in the first place — Kim Kardashian’s husband felt arrogant enough to “concede” the election, leaving it between Joe Biden and Donald Trump in what is shaping up to be a hotly-contested race.

Part of the reason we’re here in the first place is that West — like Trump — believes that politics is a game.

Even though Kanye West got soundly beaten in the 2020 presidential election, he still wants to try his hand at politics again. As Rolling Stone reports, shortly after conceding the election he didn’t have a chance in hell of winning, West hinted that he’d be trying again in 2024.

The rapper appeared to concede his long shot bid graciously on Twitter Tuesday night, posting a photo of himself in front of a map of the United States behind him, along with the caption “KANYE 2024.” As Vulture notes, he’d previously tweeted, but then deleted, the objectively funnier statement, “WELP.”

I’m sorry, but why are we doing this again?

Politics Is Not A Game

Donald Trump wasn’t the first entertainer to run for president. That honor, of course, goes to Ronald Reagan, who was a bit-part actor best known for his roles opposite a monkey before becoming president. And while he’s lauded as a hero of sorts by a particularly noxious subsect of Republicans, historians almost universally agree that the Reagan presidency was an unmitigated disaster.

It’s safe to say that the Trump presidency — with a game show host at the presidential helm — will be viewed by historians in the same light.

But like Reagan and Trump before him, Kanye West believes that merely having the bluster and the desire for ratings are sufficient qualifications to assume the American presidency, as you can see in the video below. 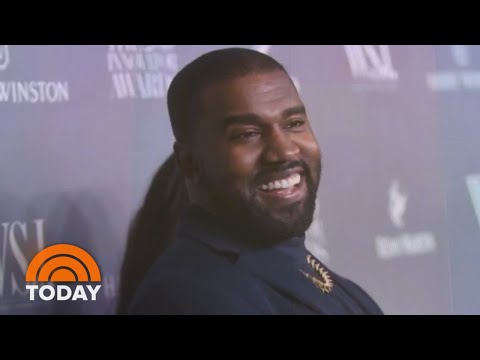 But it is not.

Politics is not a game. More than 200,000 are dead from a virus that could have been contained had Trump not pushed its existence as a “Democratic hoax.” The United States is a violent, fractured country driven by ignorance and tribalism, fomented by a game show host who ran the country like he ran his businesses: right into the ground. His desire for adulation and ratings over-rides everything else, including the safety and well-being of the Americans he swore to protect and serve.

While it’s doubtful that Kanye West would have been as narcissistic of a disaster as Trump, he probably wouldn’t have been that far off. Entertainers are fun to watch on television — their music is great to listen to — and we can enjoy their films and television shows for the time that they’re on — but they don’t belong in the White House. Period.