So Prince William reportedly contracted Covid-19 and failed to alert the British media to his condition.

In a bygone era, the future monarch would be commended for his resolve and quintessential British attitude of “just getting on with it.”

Granted, the vast majority of those who have reacted on social media are indeed applauding the fact that Prince William believed concern and newspaper headlines should be used for other more pressing matters at that time. Still, not everyone shares that line of thinking.

Funnily enough, the majority of those who are up in arms about how William dealt with his diagnosis and subsequent recovery are the very same types who would be outraged at Prince William being made a fuss over by the British public and media.

So why exactly did Prince William not arrange a press conference and take center stage to inform the nation that he was suffering from a virus that many of his fellow Brits were also fighting against?

According to a source speaking to The Sun, William commented:

There were important things going on, and I didn’t want to worry anyone.

I’m not quite sure why there’s so much controversy surrounding Prince William and his decision to keep his health private.

I mean, isn’t “being true to your authentic self” in vogue these days? And if we know one thing about Prince William, it’s that he’s authentically royal.

It’s these very qualities that enrage his detractors. The hard-working father of three manages to juggle family life with the trials of being the future monarch admirably. And that eats away at those who live to criticize him and his wife, Duchess Kate Middleton.

I also believe that William is acutely aware of the reaction he’d have gotten from the public. Someone from a privileged background and with access to the best medical care money can buy making a song and dance about being unwell at a time when people were dying in hospital beds across the nation?

It would not have been a good look. 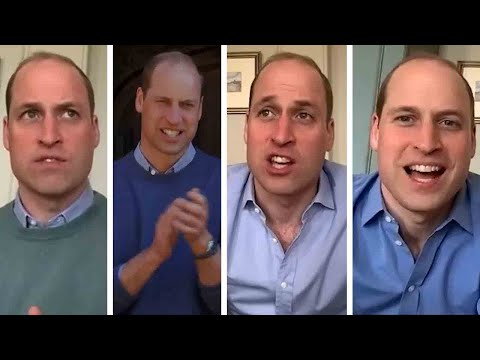 If there’s one thing we’ve learned from the whole ridiculous non-story, it’s that the British media don’t like being denied a headline.

Still, they’re nothing if not resourceful.

They may have been robbed of a headline in April, but they’ll sure as hell make sure to double-down on the news now.

In the past 24 hours or so, we’ve gone from Prince William not wanting to worry anyone to the whole fiasco becoming a “cover-up.”

Now, there’s grasping at straws, and then there’s this kind of behavior.

Seriously, what is going on? Journalists who, until recently, were rational humans going about their business have suddenly taken on the irrational traits of a spurned lover.

Prince William not announcing his battle with Covid isn’t a personal slight on any of you, darlings.

Rather than tear down Prince William, why not look at what he’s accomplished?

While it seems to have become nothing more than a side-issue, I feel it’s worth pointing out that while Prince William was ill and self-isolating, he still managed to rank as one of the hardest-working royals.

According to reports, William was having difficulty breathing. Despite this, he was fulfilling his duties as expected.

That many among us would choose to stand back and criticize someone for doing what Prince William did rather than admire the resilience and attitude the future King displayed is a sad indictment of where Britain is as a nation.

He truly was in a no-win situation.