It appears Meghan Markle has won a request to postpone her High Court legal battle with Associated Newspapers Ltd, which was due to begin in January 2021.

A preliminary hearing was scheduled for 29 October, which was initially to discuss costs and case management. It now appears that Meghan’s legal team forwarded an application to Mr. Justice Warby for the trial to be postponed to a yet unknown date.

Why is Meghan Markle asking for a postponement?

This is the key question, and it’s one we don’t have a definitive answer to at present.

Details may become available now that Mr. Justice Warby has granted an extension to Meghan’s legal team, but at the moment, no one is really sure.

As you can imagine, social media is rife with opinions and claims as to why Meghan Markle, after seeming so adamant that she wanted to make an example of Associated Newspapers, is now looking to postpone.

I have a few theories of my own on this development.

I honestly believe that despite her posturing, Meghan Markle is not interested in returning to the UK and taking the stand.

In her various Zoom calls, we’ve already seen that while she may qualify as a passable Z-list actress when she’s required to perform “on the fly,” she isn’t up to par.

There’s also the fact that Meghan taking the stand in a legal trial would be a circus the likes of which we’ve rarely seen.

Her performance and every word would be under scrutiny, and I don’t think she fancies that kind of scenario.

Especially now that the case has taken a somewhat unforeseen twist with the release of a certain book.

Could Finding Freedom be behind Meghan’s change of heart?

I still believe that when the idea of a “tell-all” book written by a close associate in Omid Scobie was floated, Meghan Markle thought she’d carried out the perfect plan.

It was a way for her to put out a heavily curated version of events during her short-lived failure as a royal without taking the blowback of being the actual author of the book itself.

I mean, what could possibly go wrong?

The book has clearly been written with the involvement of both Meghan Markle and Prince Harry. Some of the more intimate details would have been impossible for the writers, Omid Scobie and Carolyn Durand, to find out about without hearing directly from Meghan and Harry.

With Mr. Justice Warby allowing the postponement, this changes much of what we knew of this case. It’s also worth considering that a summary judgment was reportedly asked for initially. This has been mentioned in a few media outlets today.

If Meghan’s legal team asked for a summary judgment, followed by a postponement, it doesn’t bode well for their confidence in the case.

I’d wager that Meghan Markle is not interested in being asked to take the stand and answer questions relating to the Finding Freedom book.

I’ve said previously that the book would cause her issues, and it seems this is coming true in spectacular fashion. 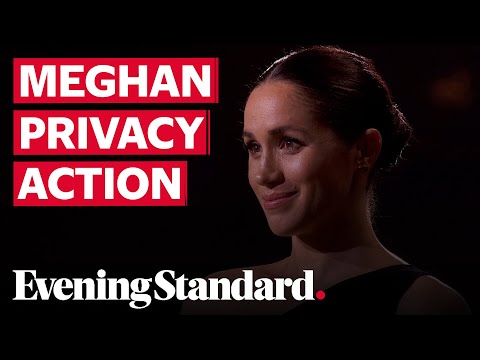 This court action could backfire on Meghan Markle – big time

The best Meghan can hope for now, in my opinion, is an out-of-court settlement for a token fee that Associated Newspapers may see as a worthwhile trade-off against pretty hefty legal fees, not to mention a drain on the time of the people involved.

However, there’s always the scenario where ANL decides to forego the settlement option and go for the kill, pressing ahead with their case and not resting until Meghan is thoroughly defeated.

This would serve as a message to any other celebrities who may be thinking of taking a similar course of action.

Ironically, Meghan Markle could end up being made an example of, instead of the other way around, which is what she most likely believed would be the case.