If you believe the British press, Kate Middleton is a high-class lady of the manor.

Like a princess in a Disney fairy tale, the Duchess of Cambridge has been depicted as a delicate put-upon flower, speaking in hushed tones while touting stereotypically European features — and this, of course, is often set in direct contrast to one Meghan Markle, the Duchess of Sussex, who is (as has been said time and again) depicted as nothing short of the Wicked Witch sent by the United States to destroy everything good and pure about the British Empire.

But thanks to a recent article about Middleton’s uncle — and an explosive new book that I’m sure Markle haters will say was commissioned by her — the reality of the Duchess of Cambridge is a far different one.

Even though the British press paints Meghan Markle as a social-climbing gold-digger today, the real social climber is one Kate Middleton.

Her mother, Carole Middleton, is notorious for her social-climbing ways and is frequently excoriated in the press for them. One of her most notorious demonstrations of social climbing was at her 60th birthday party, where she was accompanied by four royal protection guards (paid for by the British taxpayer) and spent the equivalent of $50,000 USD on her party. At the time, The Daily Mail referred to her as a “social climber,” and the comments section demonstrated that the British people thought so, as well.

Carole Middleton was really only continuing a fine family tradition of social-climbing, after all — and it’s a tradition she passed down to her daughter, the Duchess of Cambridge.

What’s more, royal commentator Elaine Lui pointed out that Kate Middleton was so deliberate in her attempts at becoming the next Queen Consort that she went so far as to change her college to be close to the future King.

And how, exactly, did the poor, put-upon, delicate flower “get her way” into Prince William’s circle? As Robert Lacey points out in his new book, “Battle of Brothers,” she sashayed down the runway in her underwear, then fought like a tomcat in the alley to get and “keep” her man.

How about the Family?

Much ado is made about the fact that Meghan Markle’s family — specifically Thomas Markle and her two half-siblings — are “Jerry Springer Show” levels of trashy.

And they are. Here’s an exhibit with how creepy Thomas Markle can be: 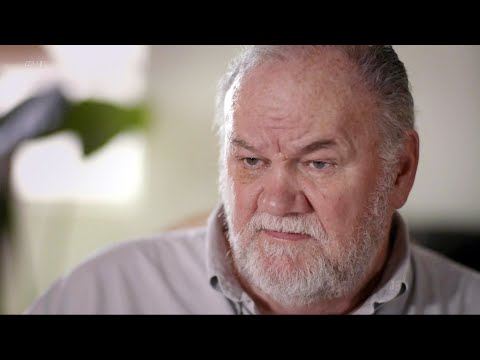 But if we’re going to take Meghan Markle to task for her trashy family, certainly we can put Kate Middleton under the same scrutiny when deserved.

And before the frumps scream about how “hateful” that is, what else would you call Middleton’s uncle, Gary Goldsmith, when he takes to LinkedIn to unleash an expletive-filled rant against his niece’s brother-in-law and sister-in-law? As he wrote in a now-deleted post:

With so much stuff going on in the world, still these two muppets are craving attention. Please shut the F up and bring up their child and stop talking, let alone demanding. Harry you have lost our love and respect. Meghan you are a wrong’n. Now hush please we are kinda busy saving lives and an economy.

Was this necessary? No. Did he do it anyway? Yes. Is he trashy for doing so? Absolutely.

This is not the first time that Kate Middleton has been shown in her true light — but it should definitely be the last, and there can be no question as to who the real social-climbing gold-digger is.