Meghan Markle & Prince Harry’s Archewell Foundation: What You Should Know

Over six months ago, we first heard talk of the Archewell foundation that Meghan Markle and Prince Harry were planning.

The non-profit, revealed by The Telegraph, was initially described by Meghan and Harry as:

At the time, I remember thinking it was all terribly vague and quite hard to understand.

Why Archewell? What was the purpose of the non-profit? What plans did the Sussexes have for the future?

And more importantly, was it legit?

Of course, the Netflix deal, the Zoom calls, the Fortune and TIME webinars hadn’t happened at that time.

We really had no idea the route that Prince Harry and Meghan Markle would be taking.

Over six months on, as the couple finally launch the foundation, we have a bit more of an idea of what Harry and Meghan are all about post-royal life.

In this article, I’ll answer some of the questions I’ve seen asked about the foundation and provide my take on what I believe we can expect moving forward.

Somewhat ironically, considering the amount of vacuous word-salad nonsense we’ve had from Meghan Markle and Prince Harry of late, the term Archewell is derived from a Greek word which translates as “source of action.”

While I completely understand the connection with baby Archie, I do shudder to think of the Sussexes thinking of themselves as a source of action.

A source of buzzword nonsense? Absolutely. But action? Well, that remains to be seen if I’m honest.

What is the purpose of the new project?

This is where things get interesting. Or not, as it may be.

I’m sure most people have heard the saying “a jack of all trades, and a master of none,” right?

Well, this seems to be the case with the Archewell foundation.

According to the initial reveal by the Telegraph:

The Duke and Duchess of Sussex are working on plans to run emotional support groups, a multi-media educational empire, and even launch a wellbeing website under a new non-profit organization named Archewell. According to paperwork filed in the United States last month, the couple are considering how to create their own charity and volunteering services, wide-ranging website, and sharing “education and training materials” via films, podcasts, and books.

Plans, which so far include trademark requests for everything from motion picture films to paperclips, are far more extensive than those originally intended under Sussex Royal in the UK. 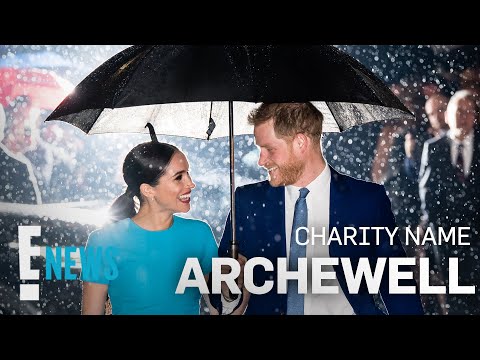 So, there isn’t really a defined purpose to the project?

Apparently not. However, I’m willing to give it some time and see if there’s any actual rhyme or reason to the aims of the Archewell foundation.

You see, the problem I have is that most foundations have a defined purpose.

When you think of non-profits, you’re likely to immediately recognize the likes of Amnesty International, which is focused on human rights. Or Greenpeace, which shines a light on environmental problems and their effects on the planet.

Both very easy to identify and laser-focused on an actionable goal.

Prince Harry should know all about non-profit organizations, being as he has been involved in The Foundation of Prince William and Prince Harry.

Not the most catchy name, I agree, but it doesn’t take long to see that it focuses on causes both Princes hold close to their hearts.

For whatever reason, Archewell has none of the clarity that the most successful non-profits seem to offer.

Confusingly, there’s even talk that Meghan Markle plans to incorporate aspects of her old blog and provide information on “nutrition, general health, and mental health.”

There’s also talk of “classes, lectures, seminars, conferences, workshops, and retreats on a variety of topics” and hosting “events and exhibitions for cultural, sporting, health, mental health, and entertainment purposes.”

If you’re feeling a little lost by now, trust me, you’re not alone.

Has there been anything happening with Archewell from April until now?

Although the organization hasn’t had any official internet presence until now, Meghan Markle claims that work has been going on quietly behind the scenes for some time now.

If you’re hoping this information will provide some much-needed insight into what Archewell will actually be doing? Think again.

Part of our focus with the Archewell Foundation is to just ensure that we are helping foster healthy positive communities ― online and off ― for our collective wellbeing.

Well, that clears that up, doesn’t it?

Archewell into the future – what’s on the agenda?

Hearing the Sussexes plans for the organization’s future gives me a little hope that we may see something resembling a defined plan of action.

And what would that focus on? Humane tech.

Now, Meghan was quick to admit that neither she nor Simply Harry are anywhere close to being tech experts:

Hosting a special edition of the Time100 Talks yesterday, Meghan, 39, admitted that while she and Harry ‘don’t speak tech’, they ‘know the experience of being a human being and the pain and suffering and joy that has come from this worldwide web.

In case you didn’t quite pick up on the couple not “speaking tech,” the fact that they referred to the internet as “this worldwide web” in the same way as our grandparents tend to do speaks volumes.

The fact they’re focusing on “this worldwide web” still unsettles me a little, as much of what the former royals say sounds a whole lot like advocating censorship.

They don’t like people saying bad things about them online, so they think it shouldn’t be allowed.

The gist of their conversation with Tristan Harris of The Social Dilemma Netflix documentary (you see the cozy little Netflix link there?) is that the tech companies have to step up and self-regulate their platforms, or governments have to come in and impose restrictions.

Now, aside from the fact that I’m absolutely astounded someone supposedly as progressive as Tristan Harris would effectively call for government censure of the internet, it’s obvious why Prince Harry and Meghan Markle are pushing for this line of action.

They have long demanded that they be allowed to curate the content made available about them online. They’ve already tried to do this with traditional media.

In conclusion, I fear that Archewell, no matter how the Hollywood royals dress it up, is nothing more than a vehicle to allow the couple to push their internet censorship agenda.

If we cut through all of the buzzwords and nonsense, what Meghan Markle and Prince Harry want is an internet landscape devoid of criticism for them.

If they genuinely wished to rid the digital sphere of hate and vitriol, they’d have denounced their very own Sussex Squad fans a long time ago.

That they haven’t speaks volumes.