Zayn Malik has a lot of reasons to be happy.

In addition to the recent birth of his daughter with supermodel Gigi Hadid, the former One Direction star seems to be venturing into the tech world, and helped create the new Harry Potter app.

And what are fans talking about, instead? A long-dead “ship” that all parties involved confirmed was untrue.

How Zayn Malik Got Involved With The New Harry Potter App

It’s no secret that Zayn Malik is a huge fan of “Harry Potter.” The problematic JK Rowling notwithstanding, the wizarding world is a popular favorite amongst fantasy lovers for a variety of reasons. You can see a video of Malik sharing his love for the fantasy novel below. 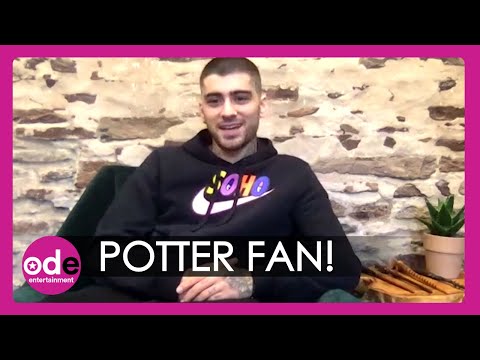 In recent Instagram posts, the “Pillow Talk” singer seems to be promoting the new “Harry Potter” app heavily. Dubbed “Puzzles and Spells,” the match-3 puzzle game was released by longtime app developer Zynga, perhaps best known for “Words with Friends.” In a statement, Malik confirmed that he obtained early access to the game, and thought it was a great way for “Harry Potter” fans to have fun.

It’s a bit different to normal puzzle games, there’s all kinds of different things popping up at you at different times. You get to pick which wand you want as well, which I always thought was really cool.

After a bit of research, it was revealed that Zayn Malik was not only instrumental in promoting the game but actually had a hand in helping to develop it. And while he’s neither confirmed nor denied the report, he does seem to be developing interests outside of music.

So with all these exciting developments, why are One Direction fans still talking about a long-dead “ship” instead?

Harry, Louis, & Zayn All Confirmed That The “Ship” Has Sunk A Long Time Ago

The question of why the so-called “Larry” ship still exists in 2020 is a bit of a mystery.

And the reason is simple: Harry Styles, Zayn Malik, and Louis Tomlinson all confirmed that the “ship” not only wasn’t real but that it sunk a long time ago.

Styles confirmed back in 2017 that he never dated Tomlinson.

Malik had very strong words for Larry shippers back in 2015.

There’s no secret relationships going on with any of the band members. It’s not funny, and it still continues to be quite hard for them. They won’t naturally go put their arm around each other because they’re conscious of this thing that’s going on, which is not even true. They won’t do that natural behavior.

And as for Louis Tomlinson? He had the harshest words of all back in 2012.

Zayn Malik should be able to enjoy his recent success without having to worry about Larry shippers, who should have been done with this nonsense years ago when Tomlinson told them to cut it out.