As the most recent TIME Magazine TIME100 Talks series curated by Meghan Markle and Prince Harry came to an end, one thing was perfectly clear.

Meghan must be ready to hold certain sections of her own fanbase accountable for their actions.

Both Meghan Markle and Prince Harry were quick to speak out against the state of the digital landscape in their presentation, but until they take the first step of owning up to having one of the most toxic fanbases on the internet today, there’s no way we can take either of them seriously.

What did Meghan Markle and Prince Harry have to say?

Both of us realized that we can continue to champion these things that we’re passionate about. We can continue to do this work to try to affect change and help the people who need it most or the communities or environments that need it most, but it’s almost like you’re taking two steps forward and five steps backward if you can’t get to the root cause of the problem. Which at this point right now we see in a large way as a lot of what’s happening in the tech space.

Prince Harry followed up by commenting:

I could continue, but you get the idea. 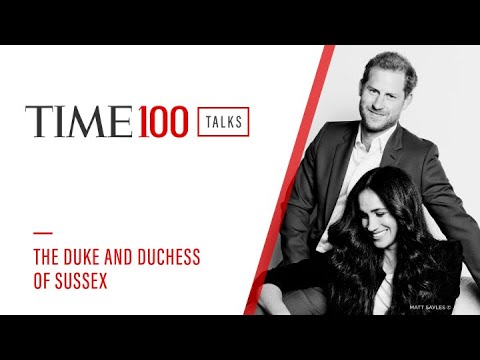 While I’m fairly sure that everyone would support the notion of a better world, be it digitally or otherwise, I’m afraid that what Meghan Markle and Prince Harry had to say, and have been saying of late, amounts to nothing more than fanciful nonsense.

I hear lots of talking, and I see lots of faux-enlightened nodding of heads while groups of primarily wealthy, privileged individuals all massage each others ego’s with word-salads and virtual high-fives.

Prince Harry could do worse than look at his brother, Prince William, and the things he has made happen on the issue of climate change.

The future King is doing a whole lot more than just talking about the issue. He’s stepping up and making a difference with actions, not just words.

There is a whole lot wrong with the digital landscape, and there’s a lot of faceless bullies out there who think they can get away with their actions from the relative safety of their keyboards.

And I have zero time for bullies and racists in any form, be they Sussex Squad members or those who bash Meghan Markle for her appearance or race.

I know that Meghan, just like Duchess Kate Middleton, faces attacks from all angles on her appearance constantly. It’s disgraceful.

However, the question has to be asked – can we take Meghan Markle and anything she says seriously when she has one of the angriest, toxic, and most threatening fanbases on the internet today?

A fanbase that actively creates their own “hit lists” of journalists that have dared speak out against Meghan and Harry?

Get your own house in order before preaching to the rest of us, Meghan.