There’s been a whole lot of discussion of late about the relationship between Prince William and his younger, woke brother Prince Harry.

Now, I’m not all that interested in what their relationship is like behind closed doors. I know it’s a rare thing these days in the public sphere, but I believe that’s their own business.

What does interest me is what the royal family is actually doing. And for the record, that still includes both Meghan Markle and Prince Harry.

And for all the big talk and throwing around of buzzwords, I’m not seeing all that much being done out there in Santa Barbara.

While both Prince Harry and Meghan Markle actively ran away from their responsibilities, Prince William isn’t just handling his workload like a champ but is adding to it.

Only recently, he took up two important environmental patronages from his grandparents in the form of Fauna & Flora International, as well as the British Trust for Ornithology.

Granted, neither of them has the hot-button appeal of the kind of things that Prince Harry and Meghan Markle have been lecturing all and sundry about of late, but the difference is that the Sussexes tend only to do precisely that.

Prince William? He’s less about the talk and more about the action.

In the environment, Prince William is creating his legacy

It may be getting somewhat lost in the sensationalistic media nonsense that seems to follow Prince Harry and Meghan Markle wherever they go, but the Earthshot project will long be remembered as a huge part of Prince William’s legacy.

While Prince Harry and Meghan Markle are double-dating with wealthy friends in their exclusive neighborhood in Santa Barbara, Prince William is working tirelessly with figures such as Cate Blanchett, Jack Ma, Shakira, and David Attenborough to put together a project that could quite literally save the world.

While the idea came from Prince William, he is by no means hogging the credit as he readily acknowledges input from the Nobel Institute, Greenpeace, and the World Economic Forum.

What of Meghan Markle and Prince Harry?

Daily Mirror royal editor Russell Myers looked at what Meghan and Harry have been doing of late, commenting:

They’ve got to be careful here, sitting in an ivory tower, sounding off about things that are just coming into your head without people to advise you ‒ I don’t really know who their advisers are at the moment. It’s not coming across well, and they are fast becoming a bit irrelevant, especially when you’re seeing the Cambridges and Prince Charles speaking about massive global issues.

One avenue that Prince William is excelling at is making his causes and his beliefs accessible to all.

While Meghan Markle and Prince Harry talk about inclusiveness and societal fairness, they have no qualms putting their talks behind thousand-dollar paywalls. 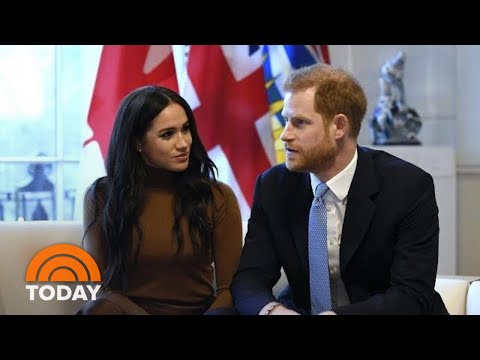 The main focus for the Sussexes has always been personal gain, and this proves it, in my opinion.

If you’re really looking to make a difference in the world, you have to reach as many people as possible.

Paywalls don’t allow you to do that.

However, what they do allow is for wealthy types to pay you for access to your brand.

And that’s always been the end-game for Meghan Markle.