Throughout the past six months, surging global liquidity caused the S&P 500 to rally to new highs. But liquidity is at risk of sliding off after strategists warn the effect of subpar stimulus packages.

The U.S. remains in a stimulus stalemate as Republicans and Democrats struggle to reach a consensus on a figure. France passed a 100 billion euro stimulus bill, yet it might be insufficient to offset rising COVID-19 cases.

In the second quarter of 2020, governments initially pushed out multi-trillion-dollar stimulus packages expecting them to be a one-off.

Until May, the outlook around vaccine development and the pandemic’s handling by the year’s end was positive.

As such, the stimulus caused global liquidity to spike, eventually causing the S&P 500 to recover beyond pre-pandemic levels.

At the time, governments did not expect the pandemic to be in a worse situation in the fourth quarter than in previous quarters.

Some nations, including New Zealand, Taiwan, Vietnam, and South Korea, have controlled the pandemic relatively well. But, countries like the U.S., Spain, and France face a resurgence of cases or a second wave.

Consequently, as the markets entered the fourth quarter, the sentiment started to change. The confluence of election risks, slowing the U.S. economy, and no stimulus led the S&P 500 to stagnate.

The absence of a stimulus could impose additional selling pressure on the S&P 500 in the upcoming months.

There is less than a month until the next presidential election. Theoretically, it is not in the interest of Democrats to actively encourage the approval of new stimulus.

Major investment banks have attributed stimulus and liquidity as the primary catalyst of the S&P 500. Considering the importance of liquidity amidst peak fear in the markets, the stock market remains at risk of a pullback.

The strategists at JPMorgan wrote in a note:

“Elevated cash holdings create a strong background support for non-cash assets such as bonds and equities. Most of this liquidity will eventually be deployed into equities as the need for precautionary savings subsides over time.”

The rising uncertainty in the global stock market combined with the freefalling economy poses a severe threat to the S&P 500 recovery.

Strategists are concerning uncertainty in the markets is continuing to build. Watch the video below: 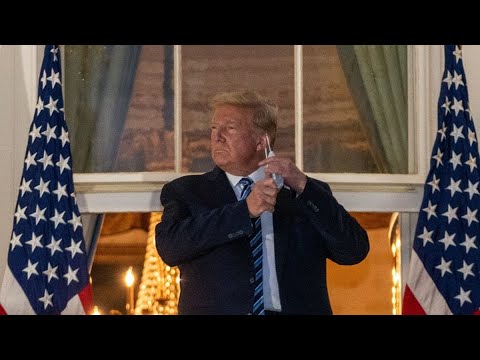 Across Europe, key industries such as travel, leisure, and food are struggling to go by.

“Empty? It’s deserted here. I would say 90% less, at least. At the weekend there are usually fewer people, but this is something else. They must be scared, I suppose, but you can travel from here without any problems. In fact, we haven’t been given any special instructions and there aren’t any police monitoring things.”

Despite the struggle of local businesses, governments are imposing new restrictions once again. The rapid decline of major economies might not have an immediate impact on the S&P 500 in the near term. But over time, it could hinder overall business and work productivity.