After a tech stock selloff in September, stocks are continuing the rally that started at the end of March. The S&P 500 is up more than 50% since March bottom and about 5% up year-to-date.

Many investors are worried that the upcoming U.S. presidential election outcome could impact the stock market. They view the election as a major risk, as uncertainty hangs over who will win, what policies the winner will implement, and whether the election will be contested.

Most acknowledge that Trump has been largely favorable to the markets because of tax cuts. A Biden win would likely mean an increase in taxes, which investors wouldn’t love.

The U.S. Presidential Election Won’t Be a Major Risk to Stocks

JPMorgan thinks investors are overestimating the risk of the upcoming U.S. presidential election, especially the chance of it becoming a contested election that drags out for months:

The possibility of the losing party refusing to accept the outcome is seen to be extremely low … All in all, it is highly likely the result will be known in a matter of days/weeks rather than months. 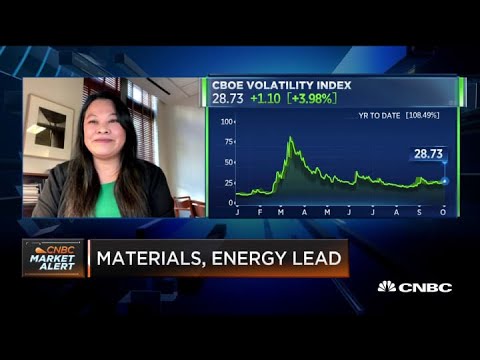 With the Fed lending at historic levels and the Treasury Department spending to help the recovery from Covid-19, Palihapitiya believes the unprecedented support will continue to drive stocks higher. Equities continue to go up no matter what happens. Even bad news isn’t enough to shake up the rally.

The Fed Is Causing an Asset Price Bubble

Fed and Treasury intervention in the market is causing asset price inflation. Palihapitiya believes they will have more influence in the next four years than the president:

For the next four or five years the most dominant factor I see is the combination of Treasury and the Federal Reserve and the reality is they have printed so much money that the likelihood is that we are going to continue to see asset price inflation independent of who is in the White House.

The Federal Reserve cut interest rates to near zero in one of many efforts to support the economy reeling from the coronavirus shutdown. The central bank has also created programs to provide liquidity to companies in need.

The Fed said it wouldn’t raise rates until 2023 at the earliest, and it would rather let inflation run hot before tightening monetary policy. When inflation rises, investors rotate towards stocks and away from cash.

Instead of using interest rate hikes to ward off inflation before it hits, the Fed will now wait to move up until it sees inflation consistently rising above a 2% target for an indefinite period.

Scott Minerd, Guggenheim’s global CIO, told Bloomberg that it was “virtually impossible” for the Fed to achieve inflation above 2% without creating an asset price bubble.

The positive effect of inflation on stocks will not last forever. Once price growth approaches its target, investors typically lower their positions in preparation for the central bank rate hike. The Fed support alone won’t be enough to drive stocks higher forever.

Disclaimer: This article represents the author’s opinion and should not be considered investment or trading advice from CCN.com. The writer owns shares of Facebook.