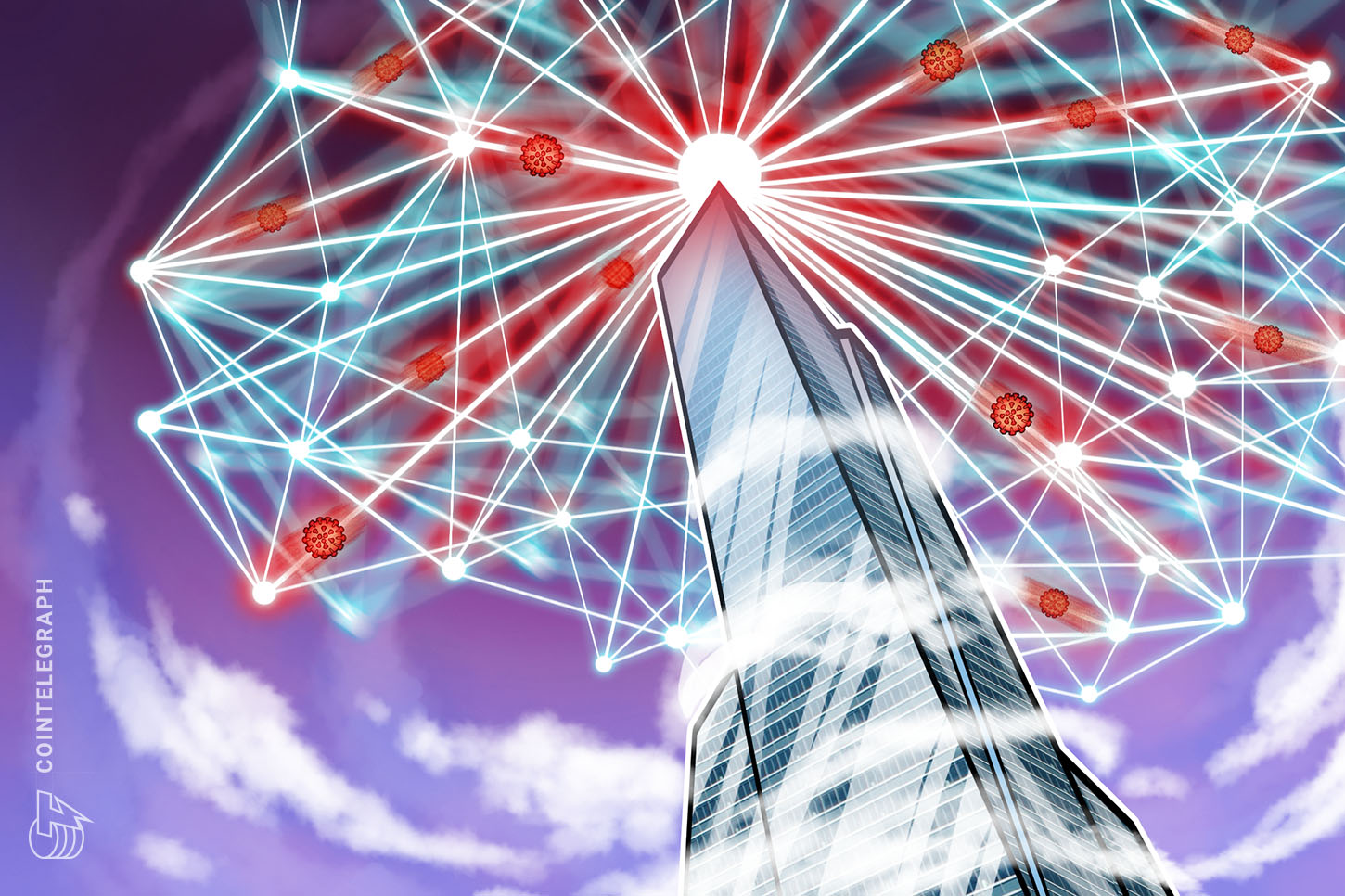 The COVID-19 outbreak, just like any other black swan event before it, revealed systemic weaknesses in a wide variety of industries and processes. With the information age now in full swing, this particular event emphasized the critical importance of data management, and it highlighted the failure of status quo data management systems.

In terms of the global response to the pandemic, the consequences of poor data management range from exacerbated shortages to unnecessarily long medicine development times, and the end result is more lives lost. On the other hand, opportunities abound for those who embrace the next generation of data management solutions, and the benefits will be widely enjoyed.

The European Union’s attempt to deal with personal protective equipment, or PPE, shortages at the height of the pandemic provides a useful starting point for understanding the importance of data management in the context of COVID-19.

In early April, as the virus was spreading rapidly across Europe, PPE shortages became painfully evident. However, in the complex world of global supply chains, before we could even attempt to ramp up supply, the first step would have to be to gather data. Who’s making PPE now? Why can’t they make more? What materials do they need? Where are the bottlenecks?

The EU attempted, in earnest, to answer those questions, but all it could do was send out surveys, by email, to European companies that manufacture PPE for medical use. Of course, this was never going to be effective, at least not for the current pandemic. That’s because even if all queried suppliers had responded immediately to the survey, the best-case scenario would have the data collated within a week. By then, of course, much of the data would be obsolete, as suppliers would have their stock reduced due to the huge spike in demand.

So, why don’t we have universal visibility into medical supply chains (or any supply chain for that matter)? The answer is twofold: First, because legacy communication systems prevent supply chain participants from securely and efficiently sharing data; second, because many of the participants lack incentives to join such a system.

Both of the problems can be solved, albeit in different ways, by blockchain-supported decentralization.

Rather than communicating separately with each node in the chain as in the traditional centralized systems, blockchain technology empowers participants, by using a decentralized ledger, to communicate “all-at-once” to all other participants. This means supply chains can overcome the current (restrictive) “one-up-one-down” communication model where each participant has visibility only one step up (to a supplier) and one step down (to a buyer) in the chain.

Further, modern, permissioned blockchain networks provide the needed granularity and read/write access to ensure: 1) only trusted nodes can add to the ledger; and 2) commercially sensitive information can be protected where needed.

The other — and more difficult — problem preventing the advent of universal visibility in supply chains is the lack of incentives to draw all participants into the network. This is tricky because not only must the inertia of the status quo be overcome but active disincentives that are at play must also be addressed. Inertia here refers to the investments in and usage of legacy systems, and it means that any proposed solution must provide enough value-add for participants to make the effort to adopt it.

In terms of disincentives, the problem is that upstream suppliers typically do not want to reveal to downstream customers information their operations, pricing and sourcing because doing so would, in many cases, eliminate their commercial advantage.

What we end up with here is a kind of tragedy of the commons. Essentially, what we want is for all participants to share information like how much they can produce, the quality of their inputs and outputs, and the current status of all shipments at all levels in the chain. If, on the one hand, all participants could somehow cooperate to share that information, everyone could benefit. That’s because: 1) the value of goods to end consumers is increased when more information is attached to it (additional information improves health and safety for end consumers, enables adherence to sustainability goals, and allows fast and efficient recalls); 2) efficiencies like just-in-time manufacturing are unlocked; and 3) cascading manufacturing shut-downs caused by missing inputs can be anticipated and avoided.

However, these advantages cannot be obtained unless all (or most) participants cooperate — something that we haven’t been able to achieve at scale in any major supply chain thus far. Here’s where the incentives come in.

Blockchain-supported decentralized networks can encourage the needed cooperation by providing the right incentives. Remember, at their core, these networks are a way to crystalize the value of data, and, in the information age, data is an extremely valuable resource.

One example of how this works is where data is leveraged to secure financing for upstream suppliers in a chain. An upstream supplier of plastic screens for PPE visors, for example, can be enticed to join the “visibility network” by the carrot that is access to superior financing. If that upstream suppliers’ data (which might include, for example, invoices received) is seen by a down-stream buyer’s bank thanks to the new (blockchain-powered) data management network, it can unlock critical supply-chain financing from the more developed markets of buyers all the way up to the plastic screen supplier, allowing him to ramp up his supply faster. The result is a more resilient and efficient supply chain.

This model has already been deployed with success in a variety of pilots such as the University of Cambridge-backed Trado project, which successfully enables such “data-for-benefits” swaps and is currently resulting in more resilient supply chains in Nigeria.

Another example of effective incentivization for data sharing is Databroker, a marketplace for peer-to-peer data exchange. Whereas Trado provides indirect benefits for sharing data (supply chain financing opportunities), Databroker takes a direct approach where data owners are directly incentivized to sell their data and benefit from the security that their data is not stored in the databases of a centralized third party.

Limited visibility into medical supply chains and the corresponding lack of resilience are just one part of the reason COVID-19 has caused more damage than it otherwise may have. Improved data management is central to a wide array of applications in the life sciences, including medicine development itself, where similar issues prevent the efficient management of data and its corresponding benefits.

The latest figure for the cost of developing a prescription drug that gets market approval (a 10–15-year process) is a colossal $2.6 billion, a number that has risen dramatically over the last two decades, as research complexity and regulatory oversight have increased. Experts agree that a big part of the problem is the inability to manage the data that’s needed to make scientific advancements.

A key barrier preventing data collected during medicine development from being leveraged to its full potential derives from the fact that much of the data is owned by companies. This means that sharing it threatens their competitiveness. In order to be able to use the data for collaborative research, we need a way to protect intellectual property. The Machine Learning Ledger Orchestration for Drug Discovery, or MELLODDY, is an example of a blockchain-supported project that does just that.

MELLODDY, which is jointly funded by the European Innovative Medicines Initiative and the 10 largest European pharmaceutical companies, pools over 1 billion drug-development and relevant data points from the chemical libraries of its consortium members.

Rather than pooling the data together in a traditional sense, though, MELLODDY deploys a federated learning model built on a blockchain-based infrastructure. This enables the data to never leave the companies’ respective servers. Instead, the machine learning process occurs locally at each participating pharmaceutical company, with only the models being shared in the consortium.

This way, the predictive power of the resulting model can benefit from all datasets while, at the same time, protecting the proprietary data of each participant. In other words, competitors can share data to make scientific advancements without having to give up ownership of the data (their most valuable asset). This has the potential to translate into substantial efficiency gains in the drug development process, which is, of course, essential in a world of COVID-19-like pandemics.

The complete report on the topic you can find here.

The views, thoughts and opinions expressed here are the author’s alone and do not necessarily reflect or represent the views and opinions of Cointelegraph.

Matthew Van Niekerk is a co-founder and the CEO of SettleMint — a low-code platform for enterprise blockchain development — and Databroker — a decentralized marketplace for data. He holds a BA with honors from the University of Western Ontario in Canada and also has an international MBA from Vlerick Business School in Belgium. Matthew has been working in fintech innovation since 2006.