Despite offering an ever-so-slightly different spin on the tired battle royale fatigue, Hyper Scape moment in the spotlight was all too brief.

It’s fair to say that Ubisoft was very late to the game. Piercing into a saturated genre dominated by the likes of Fornite, Apex Legends, and Warzone stood as a considerable barrier to success.

Ubisoft candidly concedes in a new update that it failed to ‘meet the high expectations of our players.’ As it exists today, Hype Scape exists in a no man’s land between being too challenging for newcomers and too dull for established players to stick around.

Up for the challenge, Ubisoft is rejigging the Hyper Scape development teams into a cell-based format. This is to allow ‘greater focus and autonomy’ on specific aspects of the game.

Ubisoft took this approach with excellent results in the past, chiefly with Rainbow Six Siege. The publisher successfully transitioned the game from a rocky launch to a firm berth as a mainstay of the competitive FPS eSport scene. 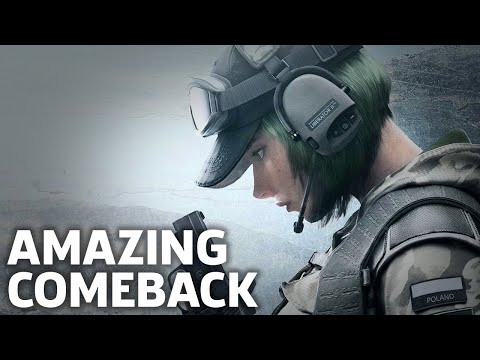 Each development cell will focus on a core pillar, ‘key priorities to reach the game’s full potential.’

“- Combat Comfort: We always intended for Hyper Scape to have a high skill ceiling, but it is clear from our data that the floor is also too high. This results in a difficult experience for new players. Currently, it is too hard to aim, track and consistently damage players and eliminate them, especially on consoles.

– Onboarding: The game does not currently provide enough time and opportunities for new players to learn and succeed. We need to protect newcomers and provide training activities to help them become proficient with the game.

– Game Modes: Our core game mode, Crown Rush, can be quite unforgiving, so we want to provide players with a variety of formats in terms of activity and match size. This will start with introducing respawn systems in the game and “deathmatch” style game modes. We are also rethinking how we manage limited time modes and the player base split that is required to support multiple modes at once.

– Player Goals: Currently, there are not enough medium and long-term goals for players to stick around in the Hyper Scape. We are introducing first version of our Player Ranking system in Season 2, and we will bring more progression systems and match-to-match flow improvements as well.

– Cross Play: While Cross Play has always been intended for the game, we want to add it earlier than planned to help address the current issues of lobby size.”

If Anyone Can Do It, It’s Ubisoft

You’d expect most other developers to put Hyper Scape out of its misery, confining it to the annals of gaming history as a failed experiment. In Ubisoft’s case, it has the know-how and experience to orchestrate a comeback.

The question is whether there’s enough in Hype Scape’s core concept to set it apart from the rest even after a major gameplay-focused facelift. Time will tell whether Ubisoft is flogging a dead horse.