“Honey I Shrunk The Kids” actor Rick Moranis was assaulted in New York City on Friday morning in what appears to have been a random attack. Occurring just weeks after the known recluse made his first public appearance in more than two decades in a commercial, the incident has gotten Hollywood celebs riled up in his defense.

News of the senseless act quickly spread, as have celebrity responses. Clearly, no one messes with Danny O’Shea and gets away with it!

The Assault Was Caught On Video

🚨WANTED for ASSAULT: On 10/1, at 7:24 AM, a 67-year-old male victim was walking southbound on Central Park West in the vicinity of West 70th Street, when an unidentified male struck him in the head with a closed fist, knocking him to the ground. Have info? Call/DM @NYPDTips pic.twitter.com/ZvSUPjtVdp

Rick Moranis was taking a walk on the Upper West Side when an unknown man punched the actor before casually walking away. The assault was caught on video and according to police took place on Central Park West near West 70th Street. Before the attack was reported, Moranis received treatment at a local hospital for injuries to his hip, back, and head.

Fortunately, the comedic genius is doing just fine and is expected to make a full recovery. A rep told the Hollywood Reporter:

He is fine but grateful for everyone’s thoughts and well wishes.

Who Is Rick Moranis? 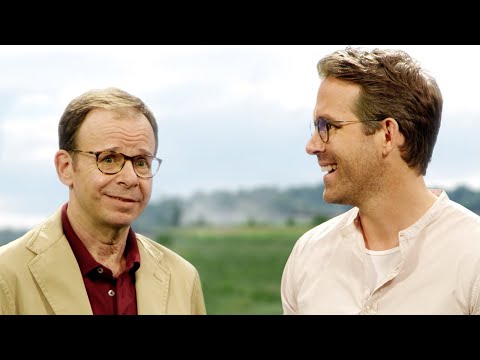 While anyone who grew up in the ’80s and ’90s would consider Rick Moranis a household name, younger generations are less familiar with the star.

Moranis is most famous for his roles in the “Ghostbusters” and “Honey I Shrunk The Kids” franchises, he also starred in a bunch of cult classics from that era. These include the “Star Wars” spoof “Space Balls,” “Little Giants,” “The Flinstones,” and “Little Shop Of Horrors.”

Unfortunately, after his wife passed away he left acting to raise their two children. After 23 years without showing his face in Hollywood, Moranis recently appeared in a commercial with Ryan Reynolds to promote Mint Mobile.

Despite only making a comeback recently, Moranis is considered a Hollywood legend, especially in the comedy genre. So it’s no surprise that celebrities are fuming over what happened to him and showing their support in big ways.

Here are some celebrity reactions:

One thing is certainly clear. The man responsible for assaulting Moranis won’t be getting away with it! These celebs will make sure of it.