I was barely halfway through the Finding Freedom Meghan Markle and Prince Harry biography when I suddenly realized that the book contained absolutely nothing close to negative about the Duchess of Sussex.

Not a single thing.

I’m sure this was entirely by design because, let’s face it, no one is perfect. And Meghan Markle has many character flaws, as we’ve seen over the past few years.

She probably assumed that this was a masterstroke. A way to completely rewrite her time as a royal, and at the same time, boost her own popularity as she strides towards “financial independence” based entirely on her royal titles.

It turns out she could be wrong. In a big way. 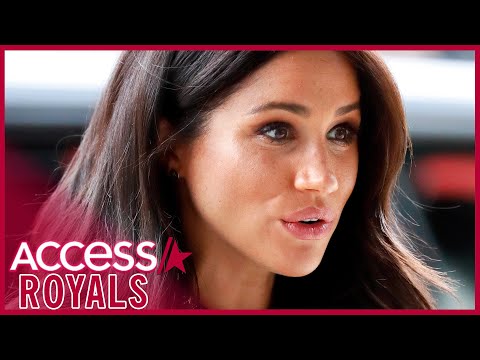 I have zero doubt that when Meghan was working with Omid Scobie and Carolyn Durand on this book (and let’s all stop pretending that she didn’t have anything to do with it), she probably believed it was a guaranteed win.

As I’ve said before, it paints Meghan in a terrific light, while throwing everyone else, including Prince Harry, under the bus.

The problem now is that the High Court ruling by Judge Francesca Kaye means that the book isn’t just available to the legal team representing Associated Newspapers, but any future legal team who has to deal with a lawsuit from Meghan Markle. A precedent has been set.

The book is turning out to be a considerable problem for Meghan, and it isn’t going to go away any time soon.

What was designed as a way to rewrite royal history and massage the ego of a woman who lives and dies by the reputation she has is now one of the biggest weapons Associated Newspapers will have in the case.

While the legal team at Associated Newspapers will be overjoyed with the High Court ruling, the ramifications of this decision could have further-reaching implications for Meghan Markle on a personal level.

This court case she’s fighting is basically a roll of the dice against the UK’s major media companies.

A show of strength and intent, if you will.

For those who don’t know, Associated Newspapers is a significant player in Britain. Its parent company owns a national newspaper portfolio that regularly reaches around 40 percent of the British adult population every single day.

Taking such a media giant on in court, and defeating them, would be huge for Meghan Markle. It would send a message to other media outlets saying, “If I can destroy a media outlet of this size in court, then what can I do to you?”

The overall aim? To silence criticism of Meghan Markle.

Along with various speeches about how the digital landscape is damaged, it’s pretty clear that what Prince Harry and Meghan would really like is some form of governance over freedom of speech.

Of course, any such governance would have to fall into line with their vision for the future.

What does the future look like for Meghan Markle?

While both Meghan Markle and Prince Harry have their Netflix deal in the bag, the rest of their future is very much up in the air.

Along with the Netflix deal comes the pressure to deliver. Companies aren’t known for flinging millions of dollars at you unless you can earn them that back many times over. The pressure is now on for the Sussexes in that regard.

As far as the legal case goes? The book ruling is enormous, in my opinion, and reframes how the defense will go about its business.

If Meghan loses this case, she’ll not only be down over $1 million. She’ll have lost the first battle, and very likely the actual war, on the media outlets who wish to report on her without fear of legal action.