Childish Prince Harry and Meghan Markle Could’ve Had Everything

It didn’t take long to figure out that the way Prince Harry and Meghan Markle had gone about their exit from the royal family was all wrong.

As has been evident since their departure, this isn’t a couple who think things through all that much. They tend to just rush in.

And rush in they did when they took a ham-fisted approach to stepping back from the royal family.

The so-called “bombshell biography” Finding Freedom describes the actions of Prince Harry and Meghan Markle even taking the royal family by surprise:

Even sources close to Harry and Meghan had to admit that the way the couple were forced to approach the situation (mainly in the act of keeping the family and their team in the dark about the website) ‘created a lot of ill will in the household and especially in the family.

And why not? It’s clear by now that the couple plotted to leave the royal family abruptly and without giving Harry’s father, brother, or grandparents any warning.

No sooner had Prince Harry concluded his sensational speech had the new and improved Sussex Royal website gone live.

The plan was moving along nicely. Or so Meghan Markle and Harry believed.

As a sign of things to come, it became apparent that the Sussexes had gone about the situation in entirely the wrong way.

And their Sussex Royal plans would come crashing to a royal halt.

What if the Sussexes had gone about things differently?

It didn’t have to be this way.

I know that Omid Scobie pushes the narrative in his book that Harry and Meghan intentionally misled not only the royal family but their own team because they believed that they’d somehow be prevented from carrying through on their plans.

To that, I say absolute tosh.

If the Queen and the rest of Prince Harry’s family had been unreasonable, then the ham-fisted approach may have been warranted at a later date. In their haste to get things rolling, Meghan Markle and Harry simply didn’t give anyone time to react, be it positively or otherwise.

This approach, ironically, is what cost them in the end, as one Palace aide put it:

Harry and Meghan would have reached a more beneficial agreement to allow them to live the life they wanted if they had handled things in a private, dignified way.

Unfortunately, childish, spoiled individuals tend not to be dignified in anything they do. 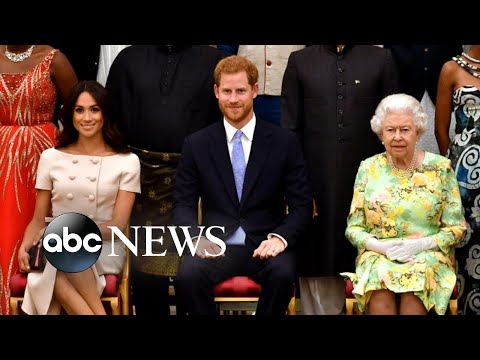 As it were, the way Prince Harry and Meghan Markle went about their business yielded several results;

The Queen was reportedly “deeply upset,” while Prince William and Prince Charles were said to be “incandescent with rage.”

On a professional front, the couple couldn’t have wished for a worse start to their independent lives.

The much-ballyhooed Sussex Royal brand was scrapped, and along with it went months of planning. A series of issues would follow as both Prince Harry and Meghan Markle had not only to negotiate their way through a complex series of events to free themselves of royal responsibility but had to deal with a full-blown pandemic as well.

You have to think, if they’d been a bit smarter in how they approached the situation, they could have gotten more of what they wanted and had an easier time transitioning to the life they wanted.

But, as we’ve seen, that’s now how Prince Harry and Meghan Markle do things.

As one royal courtier put it:

They thought they would give Charles their rider, negotiate over email, rock up to London, give three months notice and fly back to Canada.

Free of the safety net and expertise of the Royal Palace, they now make their own decisions. And it’s perfectly clear from their choices thus far that we’re looking at two people who haven’t had to deal with much responsibility in their lives to this point.