Nintendo recently announced the long-awaited Super Mario 3D All-Stars. Some of the most popular 3D Mario titles of all time are being collected together in one package.

The announcement came with the caveat that the game would only be available for a minimal time, even the digital version.

Still, over ten days before the game comes out, you can find a copy of the game on eBay for almost double what the Big N is charging.

Greedy Nintendo had this coming.

It’s hard to escape the fact that Nintendo’s bad attitude is what enables scalpers. The moment the game was announced as a limited release, it was predetermined that the game would be massively overpriced on the secondhand market.

It’s impressive that scalpers have started so early. You can still pre-order copies of Super Mario 3D All-Stars from Nintendo and various retailers. Surprisingly, checking the completed listing on eBay makes it clear that people are even falling for this trick.

Somebody has already paid $119.99 for a copy of the game, more than double the MSRP of the game at $59.99. You can see how angry the situation has made some fans in the video below. 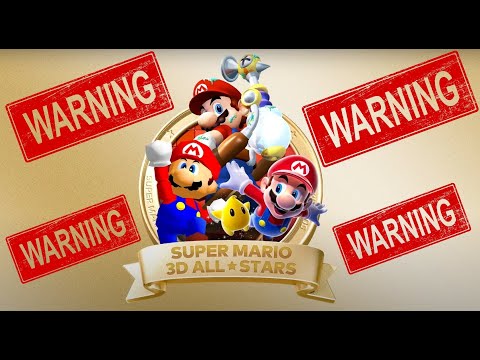 This Could Be the Start of Something Dangerous

The danger in this situation is that Nintendo is testing the waters. Not only have they announced the limited retail at launch, inviting scalping, but they’ve also tried to limit the release of the digital product.

Nintendo seems to be getting away with it too. While many aren’t happy with the mysterious circumstances surrounding the limited digital run, most are still planning on buying the game.

Consumers should beware. If Nintendo pulls off an insanely successful release with Super Mario 3D All-Stars, we’ll see this tactic bleeding into other releases. Breath of the Wild 2 could be a prime candidate for limited release. After all, if Nintendo can force gamers to buy titles before they have to drop the price, then why would they do things any other way?