Kate Middleton & Prince William Saw the Lockdown as a Blessing

Although it is very much a dramatization, anyone who’s watched The Crown on Netflix will have some idea of how busy the life of a frontline royal really is. Today, it’s Duchess Kate Middleton and future King, Prince William, who are the stars of the real-life show.

And their children, Princess Charlotte, Prince George, and Prince Louis, suffer from this aspect of royal life.

However, recent developments have allowed for some quality time spent at home for families up and down the country, and the royals are no different.

We all know that lockdown sucked. It was no fun, but that’s not to say there weren’t a few positive aspects of the time we all had to spend at home.

Royal expert Victoria Arbiter commented to the Daily Mail that:

The Duke and Duchess of Cambridge saw lockdown as ‘a rare gift’ because royal children are usually ‘unavoidably denied the privilege of prolonged time with their parents.

The period gave the Cambridge children a ‘privilege generations of royal youngsters have unavoidably been denied — prolonged time at home with just Mum and Dad.

A Glimpse into the Little Moments

Who can forget the hilarious situation with little Prince Louis and his infatuation with the red button during Zoom calls?

Prince William seemed like any other parent when he revealed:

Not only has the lockdown given the public a glimpse into the personal lives of Duchess Kate Middleton and Prince William, but it’s also given us a glimpse of the playful little characters that the children are developing into as they grow older.

For many parents, moments like the one described by Prince William can be taken for granted. But for working royals, those are the times to be cherished, and the lockdown has allowed our royal family to sit down and spend quality time with family.

While it’s always good for parents to spend quality time with their children, the benefits such moments have on the children themselves should not be underestimated.

The children would likely be ‘the most well-adjusted generation the royals have ever known.’ For George, Charlotte, and Louis, a lifetime of duty eventually awaits, but thanks to the relative normality their childhood affords, their royal calling will feel less like a prison sentence and more one to be proud of.

While I wouldn’t call royal life a prison sentence, I can certainly agree that the Cambridge children will be well-adjusted for the experience of having their parents present in their lives.

Check out some of Kate’s photos of Prince Louis: 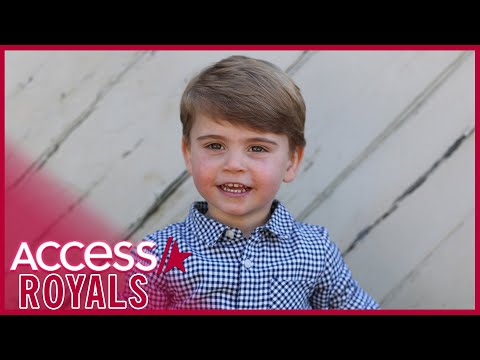 The Cambridges Are Grounded in Solid Family Values

It would be entirely wrong to pour all of the credit for the lovely little individuals the Cambridge children are becoming at the feet of just Prince William and Duchess Kate Middleton.

At the center of the stable environment are figures from both sides of the family, including Prince Charles, the Queen, and Kate’s parents.

Given his admiration for their solid middle-class values and hands-on style, it’s hardly surprising Carole and Mike (Kate’s parents) play such a significant role in their grandchildren’s upbringing.

No one is foolish enough to believe that royal children can live like most children. However, it’s encouraging to see a future Monarch who puts such stock into providing an upbringing for the next generation grounded in solid family values.