Twitch streamer Mizkif has become the victim of his impulse buying.

In a recent stream, he spent ten thousand dollars (yes, really – $10,000) on a set of replica armor from the obnoxious Warcraft movie. He has since struggled to get a financial loan to purchase a house after the bank caught wind of his spending habits.

In his own words, he revealed:

I spent so much money on that armor that it’s f***ing me to get a loan…They’re looking at all my stuff and they’re saying ‘Why are you spending $10,000 on armor when you’re about to buy a house?’”

According to Mizkif, it was still totally worth it.

A similar suit of armor to the one bought by Mizkif was sold back in May for considerably less than what Mizcif paid. | Source: Prop Store Auction

Streamers are infamous for doing insane things on their streams. Alinity is probably the most famous example, with revolting clips of her chucking and kicking her pets all over the internet.

In comparison, dropping $10K on a suit of armor from a movie that no one likes is tame. Mizkif couldn’t foresee the massive financial impact it would have on him.

In the clip below, Mizkif explains that the bank took the $10K purchase as a sign of frivolous spending. Now the streamer is struggling to get a loan to buy a new house. 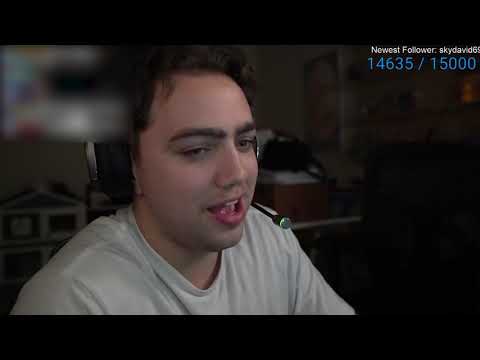 Despite the ridiculous situation that Mizkif finds himself in, the streamer claims not to regret the purchase.

“Really, really not a good time to buy it, but it was still worth it. I’m telling you it was worth it”

Some fans on a Reddit thread devoted to the incident seemed confused about why Mizkif needed a loan in the first place. Back in January, he revealed his net worth to be half-a-million dollars, and since then, his views and followers have skyrocketed.

Since January 2020, Mizkif’s viewers and followers have skyrocketed. | Source: TwitchTracker

What’s clear is that Mizkif’s bank is reluctant to hand out a loan to someone they deem to be financially reckless, no matter how much money they’re making.