It seems the media landscape is ablaze with the news that Meghan Markle and Prince Harry have signed a deal with streaming giants Netflix.

The talk has been of potential earnings in the $240 million bracket, and comparisons with the Obamas and their deal with Netflix.

For many, this is the sign that the Hollywood Royals are for real.

But are they? Let’s look at the deal in more detail.

Prince Harry and Meghan Markle have signed a deal with Netflix. | Source: Twitter

Are Meghan Markle and Prince Harry really going to be producers?

If I had to bet my life savings on the answer to this question, I’d say no. Not in the technical sense, anyway.

Neither are experienced in this field and to believe that it would be possible for Prince Harry and Meghan Markle to pick up the necessary skillsets as they go along is incredibly naive.

Producers can be responsible for aspects of the process such as directing, editing, overseeing marketing and distribution, coordinating scriptwriting, and so forth.

I could see Meghan and Harry choosing the subject matter, helping to select who would be featured talent-wise, and maybe even having some input into the script. But neither of them is anywhere near qualified enough to have a proper hands-on producer role.

They’ll have help. And lots of it.

It’ll be more of an executive producer role than anything else if you ask me.

Watch as Meghan and Harry’s Netflix deal is discussed: 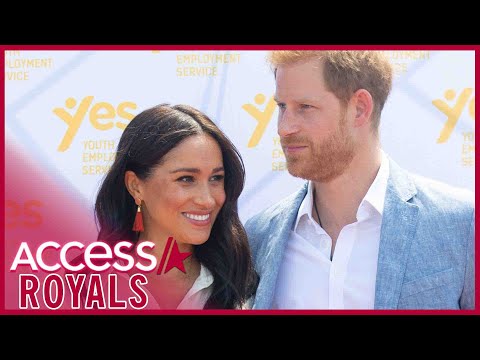 A question I’ve seen asked on social media. Why would Netflix be interested in a couple who have zero experience in the position they’re being hired for?

Let’s not beat around the bush here. Netflix hasn’t signed Prince Harry and Meghan Markle because of their stellar accomplishments in the industry.

They’re most likely hoping to cash in on the popularity of The Crown and use the name-value behind Prince Harry primarily, and Meghan Markle, to drive new subscribers.

What do Prince Harry and Meghan Markle stand to earn from this Netflix deal?

The figures quoted by sources varies wildly depending on who you believe, although it’s worth pointing out that no official figure has been revealed.

One so-called PR expert mentioned a whopping $240 million, which is just plain silly. When the producers of Game of Thrones sign a deal worth $200 million, even if it will likely be loaded with bonuses and additional payments at the back end, it’s safe to say that Harry and Meghan aren’t getting close to that.

One thing to note is that while the reported numbers may sound high, it’s very likely that Meghan Markle and Prince Harry will have penned a deal lasting around five years.

So any ballpark number being bandied about will likely be spread over five years.

The New York Times has mentioned that representatives involved in meetings between Meghan Markle, Prince Harry, and other high-profile companies such as Disney, Apple, and NBC quoted the couple looking for up to $100 million.

It’s telling that these talks have amounted to nothing, which suggests that those content outlets don’t see much value in paying two untested and inexperienced individuals that kind of money. Many in the industry saw the Netflix deal with the Game of Thrones producers to be risky, which puts the entire thing in context.

Netflix, on the other hand, is known for throwing cash around, so even if the audience that Prince Harry and Meghan Markle want for their particular type of programming is more likely to be found on the streaming sites mentioned above, there’s a good chance that Netflix was the only game in town financially.

As mentioned, the official number hasn’t been disclosed, but looking at the circumstances surrounding the deal, and the fact that talks claiming a $100 million figure with other service providers amounted to nothing, it’s safe to say that Harry and Meghan are making that kind of money at the very most. Figures mentioned vary from $50 million to $100 million.

I’d wager that much of the total figure will come into play as bonuses and additional payments depending on the success of the content the Sussexes head up.

Some of the British media and those who feature in it are being plain ridiculous when it comes to the significance of the deal. | Source: Twitter

What kind of content would Meghan and Harry be putting their name to?

The type of content the former royals have been linked with is primarily children’s programming and documentaries.

If accurate, it makes perfect sense that Harry and Meghan went to Apple and Disney before any other content provider. Both of those streaming outlets are far more suited to that type of content than Netflix is.

But when you’re striking out on your own like Meghan Markle and Prince Harry is, and you have bills to pay, you need to secure top dollar. Netflix has more than likely come closest to the $100 million number that Harry and Meghan reportedly wanted.

Considering the kind of money that the streaming giant is paying out on content creation, it’s not all that much of a gamble.

For example, the Crown cost close to $135 million for one season alone, so $100 million spread over five years isn’t all that significant.

Netflix is paying the Sussexes at most $20 million per year to add their name to some content, much like the Obamas do.

And just like the Obamas’ output, it’s unlikely that Meghan and Prince Harry’s content sets any Netflix records.

Neither will the financial package offered to the Hollywood Royals, despite what the tabloids would have us believe.