For many movie fans, John Boyega first burst onto the scene as Finn, the rogue Stormtrooper in The Force Awakens back in 2015.

It’s safe to say that a lot has happened since that time, with Boyega making headlines for his performances in Detroit and Pacific Rim: Uprising. He also gave an impassioned speech at the Black Lives Matter rally in London.

It’s the Disney-produced Star Wars trilogy for which the British-born actor is most well known, however.

Recent comments by the BAFTA Rising Star Award winner suggest he perhaps doesn’t look back on the experience as fondly as the fans who watched him on the big screen.

John Boyega has hit out at Disney for their treatment of his character in the Star Wars trilogy. | Source: Twitter

Speaking to British GQ magazine, John Boyega had a lot to say about his time spent on the set of Star Wars, and how Disney treated him compared to his fellow co-stars.

What I would say to Disney is do not bring out a Black character, market them to be much more important in the franchise than they are, and then have them pushed to the side.

At this point, it was quite clear what John Boyega was hinting at:

So what do you want me to say? What they want you to say is, ‘I enjoyed being a part of it. It was a great experience.’ Nah, nah, nah. I’ll take that deal when it’s a great experience. They gave all the nuance to Adam Driver, all the nuance to Daisy Ridley. Let’s be honest. Daisy knows this. Adam knows this. Everybody knows. I’m not exposing anything.

Boyega is seeing criticism from fans asking why he didn’t raise the issue at the time, rather than wait until he’d been paid. | Source: Twitter

Was Racism at Play in the Way in the Star Wars Trilogy?

I know some will undoubtedly disagree with me, but I do not believe the character of Finn was intentionally held back to favor other characters played by white actors.

However, I remember when Disney first began talking about The Force Awakens, and the big deal made of the Finn character played by John Boyega being written into the movie.

Disney, rather cynically in my view, looked to capitalize on the fact that it would be the first time fans of the franchise would see a black Stormtrooper.

In that regard, John Boyega is correct when he says Disney should not have brought out a black character, marketed them as being much more critical to the franchise than they really are, only to then push them to the side.

Disney and those tasked with the marketing and PR of the initial movie in the trilogy exploited both John Boyega and his race to help them line their own pockets.

Watch as John Boyega discusses his role in the BLM protests and life after Star Wars! 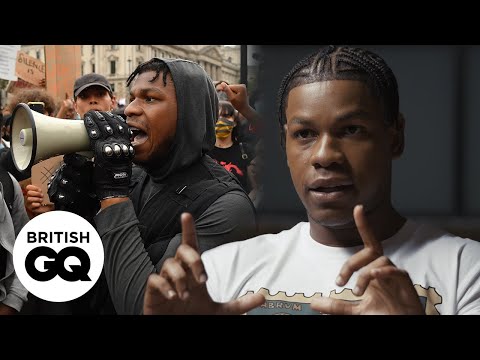 Taking John Boyega and the exploitative aspects of the Star Wars trilogy’s marketing push out of the equation, it’s unfair for anyone to claim that racism played a part in the character being phased out as the storyline as the trilogy continued.

However, to completely dismiss John Boyega and his concerns is also wrong, even if many fans see his complaining as little more than the words of someone speaking out after the fact when the money and fame have already been claimed.