The Dow and broader U.S. stock market diverged Thursday morning, as the big-tech rally that drove the Nasdaq and S&P 500 to new highs showed signs of slowing.

All of Wall Street’s major indexes traded lower Thursday morning, reflecting a tepid pre-market session for Dow futures. The Dow Jones Industrial Average declined by as much as 50 points after the open before rebounding. It’s currently up 68 points or 0.2%.

The broad S&P 500 Index of large-cap stocks declined 0.7%, with losses mainly concentrated in technology, communication services, and consumer discretionary companies. The S&P 500’s information technology index is down by 2.3%.

The number of Americans filing for first-time unemployment benefits increased by 881,000 for the week ended Aug. 29, the Department of Labor said. Claims were above 1 million in each of the previous two weeks.

Last week also marked the first reporting period since the lockdown where claims were below 900,000.

Jobless claims have declined sharply over the past four months but remain well above the historical average. | Chart: The Wall Street Journal

Over 59 million Americans have filed for jobless benefits since the lockdown began. Watch the video below. 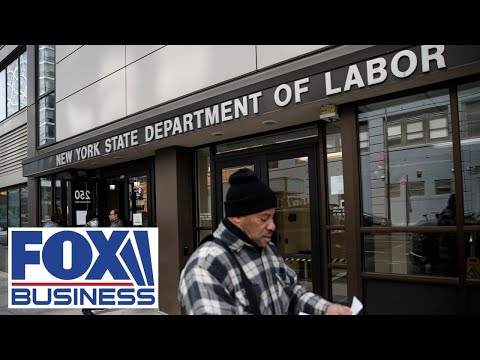 The Labor Department will release its August nonfarm payrolls report Friday at 8:30 a.m. ET. The report is expected to show the addition of 1.4 million jobs.

The U.S. economy appears to be rebounding from the second-quarter blowout that saw GDP contract by more than a third annually. But the recovery is expected to be slow amid the pandemic.

Congress is deadlocked on a new stimulus bill that would provide more emergency relief to Americans affected by the pandemic. According to The Wall Street Journal, Federal Reserve official Mary Daly has become the latest policymakers to call for new stimulus measures.