U.S. economic data were mixed Thursday. Jobless claims data beat forecasts, coming in below 900,000 for the first time since the pandemic began. Continuing claims also declined more than expected. This should perhaps be taken with a pinch of salt, as the actual unemployment rate is still forecast to remain stubbornly high. Watch the video below. 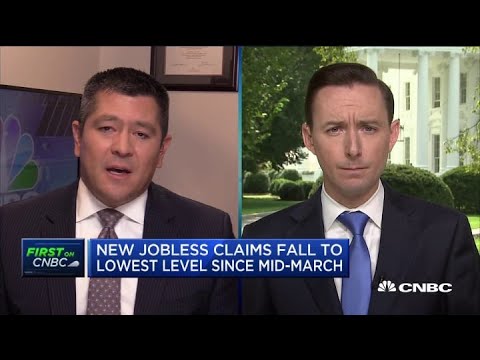 The bad news was the ISM non-manufacturing PMI, which declined more than expected to 56.9. Meanwhile, the U.S. trade deficit continues to grow, with the worst reading (-$63 billion) in more than a decade.

Is Wall Street Listening to Trump’s Warnings About a Market Crash?

The election is increasingly in focus for Wall Street, and there is plenty of speculation from the White House that positive polling numbers for Joe Biden could impact stocks given the Democrat’s aggressive tax plan for the wealthy.

President Trump tweeted out a warning on Wednesday:

Donald Trump praised the Dow’s historic close on Wednesday but continues to warn about Joe Biden causing it to crash. | Source: Donald Trump via Twitter

Trump repeated this idea on two other occasions recently, August 24 and August 26.

With most polls giving the edge to Biden, President Trump’s warning could be taken more seriously as the race heats up. Whether President Joe Biden would actually be harmful to the Dow Jones is unlikely to be clear for some time, even after election day.

With many of the Nasdaq’s biggest stocks miles above their longer-term moving averages, it would not be surprising if a good portion of Thursday’s selling was profit-taking.

Apple has often performed poorly after its stock splits, and the huge run-up to its most recent multiplying raised the probability of a correction. Down 6.5%, Dow bulls will be delighted today that the $2 trillion iPhone maker is no longer it’s most heavily weighted stock. 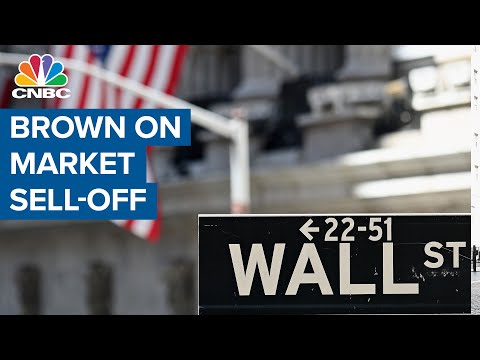 CNBC’s Jim Cramer made it clear that a lack of buying intensity fueled Thursday’s correction as wiser heads prevailed over the exuberant Robinhood traders. Cramer stated on social media:

There are no bids underneath just like there were no offers up top. The RobinHood folks like to buy up, not down. The old-timers know these prices are still very inflated… I am taking my own counsel and giving it to you as i have pretty much seen it all including being in cash for the great crash of 87.

Elsewhere in the Dow 30, it was clear that frothy tech stocks were the worst hit, as new member Salesforce.com took a 6% knock, and mighty Microsoft plunged 5%.

It was not just tech that was in trouble, as Home Depot fell 4.5%, and Visa plunged 3%.

The only two Dow Jones members in the green were American Express and JPMorgan Chase, which managed 0.1% gains.