World of Warcraft Shadowlands’ Mandatory SSD is a Huge Problem

World of Warcraft’s upcoming Shadowlands expansion is causing some controversy amongst the WOW fanbase. According to Blizzard’s website, the expansion requires the user to have an SSD on their system for the game to work.

While SSDs are certainly standard amongst PC gamers, they’re not yet ubiquitous.

This new requirement is going to leave some players out in the cold.

World of Warcraft has always been able to run on mid-range hardware, which has helped people who want to get into the game. Accessibility is a crucial reason why World of Warcraft peaked at 12 million subscribers in 2009.

With 57% of PC’s sold being mid-to-low range machines in 2019, can PC Gaming afford to start targeting high-end PCs so heavily? | Source: WePC

Requiring an SSD is going to turn more people away from the game, rather than boosting WOW’s failing sub count, especially considering that 57% of PC gamers use low-to-mid end machines.

You can see how easy it used to be to get WOW running in the video below. Shadowlands is coming along to change all that. 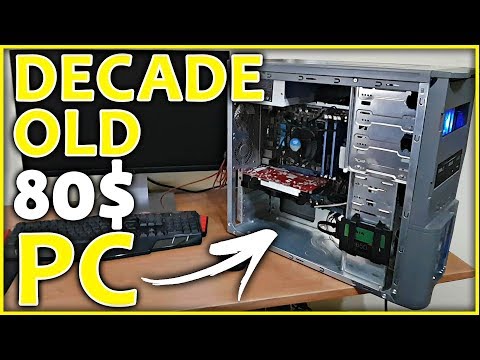 A Mandatory SSD is a Bad Sign for Gaming’s Future

Shadowlands’ requirements are concerning more than just WOW players. If a game like WOW requires an SSD, then other games in the future would start to copy it.

The only sensible reason for forcing players to have an SSD in your game would be that assets have become too large to load quickly on a regular hard drive. The large size of the upcoming Call of Duty Black Ops Cold War indicates that this increase in asset size isn’t just a myth.

Each new console generation often brings claims of ‘the death of PC gaming’ from commentators. While that’s a stretch, games, and expansions like Shadowlands aren’t making it easier for large portions of PC gamers.

Published on September 2, 2020
GamingOp-edShadowlandsworld of warcraft