Will Joe Rogan Have The Guts To Call Out Spotify For ‘Censorship’?

Coin Crankerz > Blog > joe rogan > Will Joe Rogan Have The Guts To Call Out Spotify For ‘Censorship’?

Rogan, who has a history of denouncing social media censorship, as seen below, just found his most “controversial” episodes omitted from the Spotify platform. 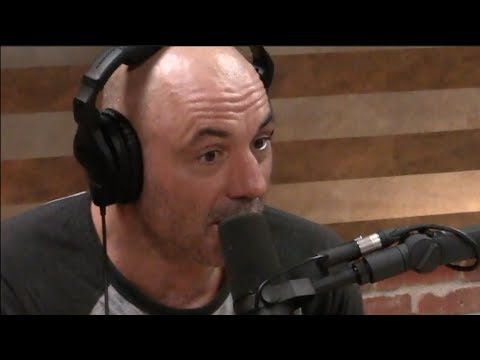 After a ground-breaking $100 million deal with the streaming giant, one has to wonder if Rogan has that same energy for his new bosses…or if it’s enough to shut him up.

In the past, Joe Rogan interviewed some people that didn’t deserve to have a platform. Milo Yiannopoulos, Chris D’Elia, and Stefan Molyneux were just a few of the many awful people that Rogan gave a platform to while hiding behind the guise of “free speech” to legitimize their disgusting philosophies.

And let’s not forget the time that Joey Diaz bragged about coercing female comics to have oral sex with him.

These episodes — and more — are missing from Spotify’s library, though it’s unclear if it’s due to Joe Rogan’s choice, Spotify’s choice, or just a technical oversight. And thus far, neither Rogan nor Spotify has commented on the matter.

But that hasn’t stopped people from wrongly crying about “censorship.”

The First Amendment Doesn’t Mean What You Think It Means

Far too many people believe that the First Amendment of the United States Constitution says that people can say what they want, when they want, without fear of recourse or consequence.

But that’s not true.

The First Amendment guarantees freedoms concerning religion, expression, assembly, and the right to petition. It forbids Congress from both promoting one religion over others and also restricting an individual’s religious practices. It guarantees freedom of expression by prohibiting Congress from restricting the press or the rights of individuals to speak freely. It also guarantees the right of citizens to assemble peaceably and to petition their government.

The emphasis is mine, but notice the keyword in the phrase: Congress. That means the government cannot arrest you for speaking out against it, nor can the government throw members of the press in jail for writing dissenting opinions against it (as often happens in other countries).

The First Amendment does not apply to private companies — which means that Spotify is under no obligation to host episodes of “The Joe Rogan Experience” that goes against its corporate policy. And lest you think this is a political move, and Spotify is a “leftist liberal company,” the company has also excluded episodes of the show that featured “left-leaning” heroes like Tommy Chong.

This fun little webtoon about the First Amendment sums it up.

The First Amendment does not apply to Joe Rogan — and he’s not going to speak out about Spotify’s alleged censorship of his show. | Source: Quora

Joe Rogan isn’t going to speak up against Spotify’s alleged “censorship” of his show because even he knows that they’re well within their rights.