Robin Williams Kept His Marriage Fresh Until The Very End

Who would have thought Robin Williams was such a romantic! While promoting a new documentary inspired by his final years, “Robin’s Wish,” the actor’s widow recalled a sweet moment the two had just weeks before his death.

You can see her in the trailer for the new documentary below: 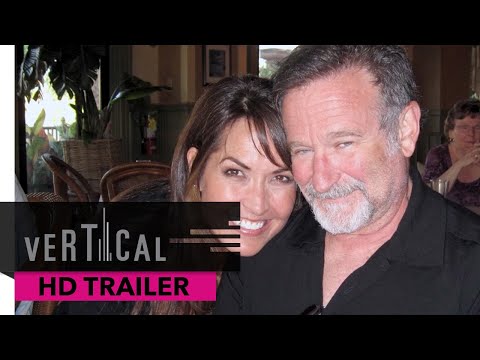 The two met at an Apple store in Corte Madera, California, back in 2007. A few years later, they were married in what has been described as a lavish star-studded event. Despite him being sick, Williams knew how to keep his marriage fresh up until the very end.

Just a few weeks before he died, Schneider recalled having to go back to the very Apple store where they met. In an interview with USA Today, she described her husband’s romantic gesture.

I had to run an errand at that very same Apple store. Out of the blue, he came walking in with flowers and surprised me. I looked at him like, ‘Oh, my God, what are you doing?’ And he said, ‘This is where it all began.”

If that doesn’t make your heart melt, then it must be made of stone!

Robin Williams posted a photo of him and wife Susan on their way to the Emmys. | Source: Instagram

While Williams had been diagnosed with Parkinson’s Disease, it was later discovered after his death that he was suffering from Lewy body dementia. This caused insomnia, hallucinations, and paranoia, to name a few.

Williams’ final months were extremely difficult, but Schneider noted in an essay that despite his failing health, her husband gave her a perfect last day together.

We did all the things we love on Saturday day and into the evening, it was perfect—like one long date. By the end of Sunday, I was feeling that he was getting better. When we retired for sleep, in our customary way, my husband said to me, ‘Goodnight, my love,’ and waited for my familiar reply: ‘Goodnight, my love.’ His words still echo through my heart today.

When Schneider woke up the next morning, she discovered that Williams had hung himself. They’d been sleeping in separate rooms after it was suggested by a doctor to help with his insomnia. Was it Williams’ plan all along to end his life that morning? Schneider thinks so. Giving her a perfect last day together was his final gift to her.

Williams was the kind of man that seems to have gone extinct. Guys today should take some notes from the actor’s playbook. He was slowly losing his faculties, yet he still made sure his wife knew she was loved. What a guy!