Economists believe institutions are gearing for a sharp selloff in the stock market. The S&P 500 Index has rebounded 57% from its March low, and a take-profit pullback would make sense. But the market cannot dismiss retail investors who only last month managed to overwhelm hedge funds.

Mohamed El-Erian, the chief economic adviser at Allianz, warned that a dip could swamp retail traders.

A Big S&P 500 Dip is Materializing, But Could Retail Traders Fight it Off?

According to El-Erian, there are concerns that valuations have “split away from underlying corporate and economic fundamentals.”

Despite the gap between valuations and fundamentals, the technical momentum of the S&P 500 has been strong.

El-Erian said that the “endless rally” makes it seem like the entire “professional investment community” endorses it. But the economist warned that a few fund managers have been placing “outright shorts.”

Hedge funds typically maintain a balanced portfolio that is net long with hedges in place. Net shorting the market is a rare sight, and it suggests some firms are confident in a downturn.

Based on the hedge fund market trend, El-Erian stated that “professional selling” could overwhelm retail investors.

The S&P 500 has successfully undergone a V-shape recovery since March. There are reasons to believe that the stock market has the firepower to push further.

As CNBC’s Jim Cramer said, the stock market landscape is noticeably different than before.

He pinpointed Nike and Apple as primary examples. Cramer stated that whenever hedge funds tried to short these stocks, the so-called “Robinhooders” overran institutions:

If the highly-anticipated stimulus deal gets passed, there is a possibility that retail trading activity soars again.

After the government distributed the first round stimulus payments, many individuals used those checks to trade stocks, according to analytics firms. Since then, the S&P 500 has surged over 22%.

Bill Parsons, president of data analytics at Envestnet Yodlee, said at the time:

There’s clearly a correlation between Covid and people being reengaged with their money.

The stimulus package is not close to approval. Numerous reports claim that Republicans and Democrats are at a $900 billion difference to secure a deal.

But major investment firms, including Bridgewater, have said a $1.3 trillion stimulus package is necessary to lead the economic recovery.

Bridgewater Co-CIO Greg Jensen estimated a bill worth up to $1.7 trillion could sustain the economic rebound.

Strategists think the economy saw peak recovery since April. Watch the video below: 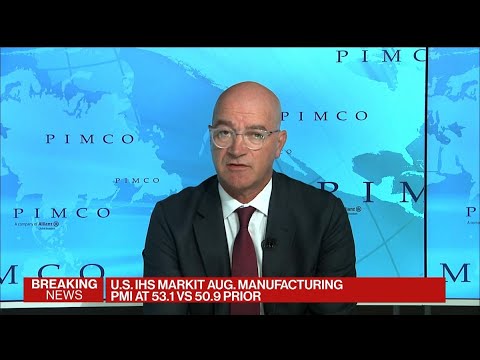 Pressure from the general public and the financial sector could push stimulus approval before the presidential election.

For hedge funds, that could mean more buying pressure coming from retail investors. Over the long term, that could fuel further gains for the S&P 500.