The Dow and broader U.S. stock market opened higher on Wednesday, as investors reacted to economic data and discussions around a new stimulus package being pushed by Treasury Secretary Steven Mnuchin.

The Dow is trading at its highest level since February. | Chart: Yahoo Finance

The broad S&P 500 Index of large-cap stocks rose 0.6%, with most major sectors reporting gains. Information technology and consumer companies are among the leaders. The technology-focused Nasdaq Composite Index rose 0.6% and is trading above 12,000.

The S&P 500 and Nasdaq closed at record highs Tuesday, led by surging materials and technology companies.

Treasury Secretary Steven Mnuchin told policymakers Tuesday that a new bipartisan stimulus bill should be reached despite a month-long impasse on the matter.

Speaking before the Select Subcommittee on the Coronavirus Crisis, Mnuchin said:

We will continue to work with the Senate and House on a bipartisan basis for a phase four relief package. I believe a bipartisan agreement still should be reached.

Talks between Democrats and Republicans broke down in early August after both sides disagreed on the size and scope of a new stimulus deal. The impasse prompted President Trump to sign executive orders that would provide relief to millions of Americans through enhanced unemployment benefits, deferred student loan payments, and a payroll tax holiday. Watch the video below. 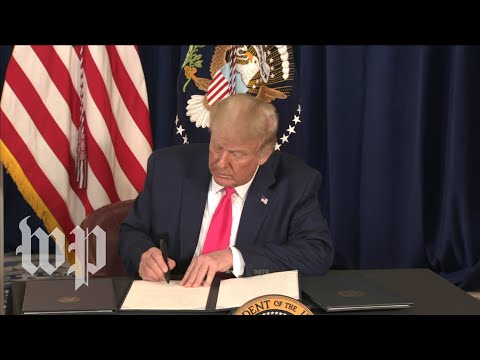 The U.S. economy recorded its worst-ever contraction in the second quarter amid the lockdown. While most economic indicators have improved, unemployment remains high.

On Wednesday, the ADP Research Institute said private-sector employers added 428,000 workers to payrolls in August, less than half of what analysts had expected.

The August job postings demonstrate a slow recovery. Job gains are minimal, and businesses across all sizes and sectors have yet to come close to their pre-COVID-19 employment levels.