Did Khloe Kardashian & Tristan Thompson Just Play Us for Ratings?

The youngest Kardashian sister swears on all that’s holy that she’s now back with Tristan Thompson, and they’re “stronger than ever.”

But anyone with a half-brain can figure out that she and this man were never apart, and they most likely played us all for ratings.

Khloe Kardashian Is The Patron Saint Of Pick-Me’s

After watching this man disrespect her by flirting with other women, making a fool of herself over the Jordyn Woods situation, and acting like a jealous, hateful little girl, Khloe Kardashian has announced that she and Tristan Thompson are “stronger than ever.”

A “source” close to the couple that’s totally not named Kris Jenner “leaked” the news to InTouch Weekly:

They’ve gotten over their issues and have come out stronger than ever… Having another child together is definitely on the cards and possibly even a wedding in the future.

Yeah, it’s safe to say that people are getting tired of Khloe Kardashian’s antics. | Source: Twitter

I’m surprised they haven’t erected statues in her honor for desperate women to pray to. (Although, with this bunch, I’m sure that’s coming next.)

Were They Ever Really Split Up?

We’ve already shown proof that it’s likely these two were never broken up in the first place. Who, after all, quarantines with “their ex”?

And as her name indicates, Khloe Kardashian is a Kardashian. They’re a family that’s known to do anything for ratings. Why would this be any different? Just look at this video where the Kardashian-Jenners hen-peck Thompson to death for allegedly cheating — they can barely hide their “poker faces.” In hindsight, it’s obvious that they’re acting (poorly, but performing nonetheless). 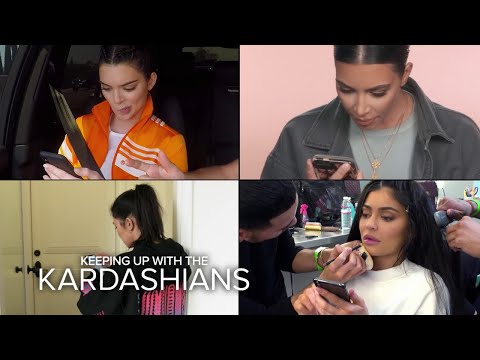 In the same breath, though, I’m glad Khloe and Tristan are both off the market. They’re both hot messes — and that’s why they deserve one another.