With no price or release date in sight, Sony continues to push out marketing material flaunting the merits of its next-gen PS5. It’s not quite what fans want, but we’ll all have to make do.

Today, Sony regaled fans with yet another trailer vaunting the immersive qualities of the PS5, although this time, the focus pivots to the console rather than the DualShock controller. According to the trailer, the immersion is so pronounced it can be described as ‘breathtaking.’

It’s similar to the previous one published last month, but crisp live-action shots give way to equally stylized CGI footage of games heading to the console, including Marvel’s Spider-Man: Miles Morales Horizon Forbidden West, Demon’s Souls, and Ratchet and Clank. You can check it out below. 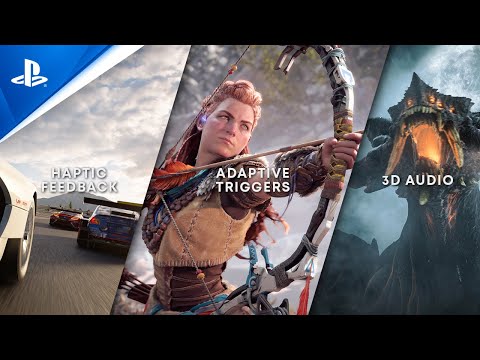 Accompanying the trailer is a newly-published PlayStation Blog post touting the merits of the PS5’s blisteringly fast SSD and Tempest 3D Audio engine. To hammer home the point, Sony has enlisted the help of various PS5 game developers to gush over these two features that Sony says ‘will shape the future of gaming.’

“Beyond near-instant loading and fast-travel, the SSD and its speed allow us to more quickly load and display more detailed assets. This should lead to the city looking better than ever, and this is just the beginning for our team unlocking those possibilities. It’s a fundamental change that we can’t wait to take more advantage of in the years to come.”

There are also some choice words from SIE Japan Studio about how the SSD should take some of the sting out of repeatedly dying in Demon’s Souls:

“As developers [of Demon’s Souls], we are already changing the way we think about the SSD. We see it not just as storage but also memory, utilizing the speed of the SSD to load data at blistering speeds, bringing you straight back into the action to avenge your many deaths.”

“Now with the PS5 console’s Tempest 3D AudioTech sound engine we’ll be able to play sounds in such a way that players will be able to locate the machines around them with greater ease, which is great for situations in which you find yourself surrounded or just want to sneak on machines.”

“Audio is a key feature to really push the next-gen experience with PS5. It’s almost as if 3D Audiotech was made specifically with horror games in mind. It used to be that in order to get that spatial audio, players would have to invest a lot of their own time and money. Now, just putting on a headset, they can get a full 3D audio experience.”

While a word from those making the games set to define the early days of the PS5 is always insightful, this all feels like filler; Sony trying to tide us over ahead of the long-awaited price and release date reveal. Sept. 9, Sony?