Joe Biden Joins ‘Animal Crossing’ – But Is It Just a Gimmick?

Starting today, players of the popular life simulation game can add “Biden/Harris” lawn signs to their island homes. The new feature, which is available in today’s update, is part of the campaign’s broader plan to mobilize online voters.

But is this a brilliant marketing campaign, or just another gaming gimmick?

If Biden/Harris Want To Reach A Lot Of People, “Animal Crossing” Is Certainly the Way To Do It

Since its release in March 2020, “Animal Crossing: New Horizons” has exploded into one of the most popular games on the Nintendo system. With more than 11 million users worldwide, its popularity has no doubt been aided by worldwide stay-at-home orders, which began the same month it was released.

The game’s popularity has not gone unnoticed by the tech-savvy Biden campaign. Unable to hold in-person rallies or fundraising dinners due to the COVID-19 pandemic, the Democratic presidential hopefuls are turning to online technology to mobilize their base.

And part of those efforts include targeting gamers, says Christian Tom, director of digital partnerships for the Biden campaign. Tom also noted that the campaign will be sending “swag” to popular gamers to energize the base further.

Animal Crossing is a dynamic, diverse, and powerful platform that brings communities together from across the world. It is an exciting new opportunity for our campaign to engage and connect Biden-Harris supporters as they build and decorate their islands. As we enter the final campaign stretch towards November, this is one way we are finding new creative and innovative ways to meet voters where they are and bring our supporters together.

While the “Animal Crossing” cross-over seems a bit gimmicky — and while I have no doubt that Donald Trump will unleash a tweet-storm about it — it’s actually just a new way to engage in old campaigning techniques.

Before radio, television, and the Internet, presidential candidates could only campaign by pounding the pavement and taking out newspaper ads. Back in 1948, Harry Truman bragged that he covered 31,000 miles and shook more than 500,000 hands during his presidential campaign.  But by 1952, television had made its debut, and Dwight D. Eisenhower took advantage of the technology without having to shake so many hands. Likewise, as the Internet began to emerge and grow, presidential candidates like George W. Bush and Barack Obama took advantage of its benefits, as well.

The video below is a fun overview of the history of presidential campaigns. 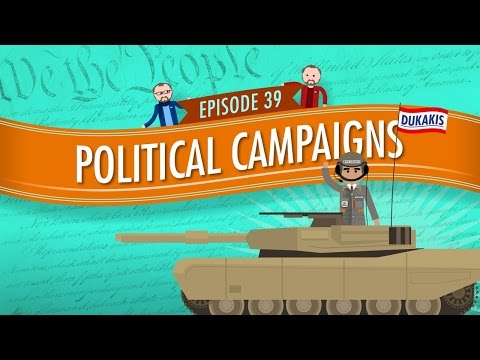 “Animal Crossing” — and other life-simulating games — should only be the next logical step in campaigning. While he’s not running for president, Travis Scott had a massive boost in visibility after his Fortnite concert.

But it will be interesting to see if this proves effective for getting out the vote.