Let’s set politics aside for a moment and talk about money. Marko Kolanovic, a global strategy head at JP Morgan, told investors Monday that his office expects Trump to win again in November.

We currently believe that momentum in favor of Trump will continue, while the most investors are still positioned for a Biden win.

He thinks it could be a “dramatic” opportunity for investors to profit by preparing for Trump’s reelection. It shows you just how bullish Wall Street is for Trump 2020 that Kolanovic thinks this stock market is bracing for Biden.

Watch how some think a Joe Biden win could deliver positive results for stocks: 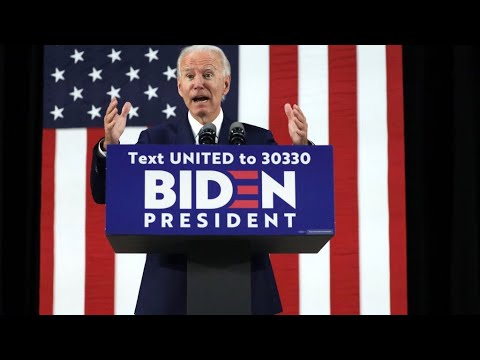 Maybe Don Lemon thinks Donald Trump is going down in flames, but the stock market is humming right along without a care in the world. Today someone else at CNN is asking:

Millions of Americans are out of work. Why is the stock market soaring?

Remember, we’re setting aside politics to talk about money. Is this really how the stock market would be acting if the money was on Biden winning?

Wall Street understands a President Joe Biden would not be good for capital. He would increase taxes on corporations and the wealthy by $4 trillion over the next decade. In June, Wall Street analysts warned clients a Biden win would be bearish for stocks. An RBC Capital Markets survey found 60% of clients feared Biden would be bad for equities. Though not definitive, there’s been some correlation between stock prices falling and strong poll data for Mr. Biden.

The shock alone of administrations changing parties would tax this year’s gains with fear, uncertainty, and doubt. If Biden has coattails and pen ready to sign bills co-sponsored by Bernie and the Squad, 2021 will be a rough year for 2020’s bulls. Goldman Sachs estimates the S&P 500 companies’ earnings would decline by 12% under Biden’s tax plan. Instead of swooning ahead of a Blue Wave, though, stocks are partying like it’s 1984.

The stock market is unperturbed by the prospect of Biden 2020. | S&P 500 Index Chart: TradingView

The Stock Market Has Its Money on Trump

The S&P 500 is about to chart its best August in 36 years, as it hovers at all-time highs. It’s also on the verge of its best 5-month stretch since 1938. When the money’s down, America’s markets don’t expect Joe Biden to prevail.

The last time a former Democratic vice president promised to raise taxes, he got walloped by the incumbent Republican television actor, despite lagging in the polls most of the year before the election.

The stock market is betting we get a repeat of that scenario as we got in 2016. Big money isn’t always right, but with skin in the game, such as official betting markets, there’s a way to check the polls against other indicators.

Online bookies predicted Barack Obama’s 2008 Democratic Primary victory before he took a lead in the polls. That was despite months of Hillary Clinton charting a consistent double-digit lead over Obama for months going as far back as 2006.

Last week, Trump got the biggest convention boost of any candidate in one UK-based betting market’s history. It may be a preview of the debates to come.

The stock market has skin with some zeroes on it in the game. And the S&P 500 sailed through one new record high after another as Biden leads Trump in polls nationwide, and in Pennsylvania, Michigan, Wisconsin, and Arizona.

JP Morgan’s Marko Kolanovic says to trust the markets, not the polls on this one. He expects to see a growing impact from “the degree of violence in protests on public opinion and voting patterns.” And he expects the poll numbers to be unreliable, “due to Trump voters being more likely to decline or mislead polls.”

Trump’s appetite for a trade war is negative for the stock market, but Wall Street welcomes and expects another four years of deficit-spending, deregulation, and Donald.