Should You Really Trust Elon Musk With Your Brain?

As if 2020 couldn’t get any crazier, Elon Musk has designed a brain implant to record and replay memories. People are already comparing the news to Netflix’s “Black Mirror.”

Created by Musk’s tech company, Neuralink, he describes it as a “Fitbit in your skull with tiny wires.”

Trials are currently being done on pigs, but it’s only a matter of time before the device makes its way into a human brain. They already plan for the first clinical trials to be performed on people with spinal cord injuries. Despite the possible benefits this technology can have, people are still terrified.

See his technology at work in this video: 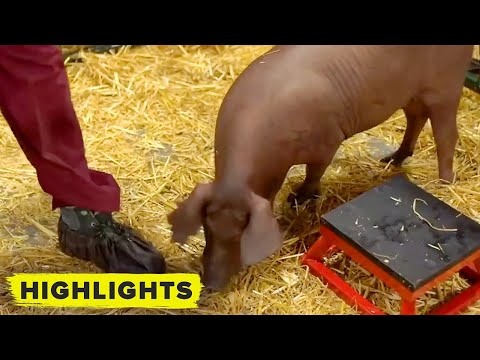 Honestly, is Elon Musk really the type of person we want inside our heads?

The writers of “Black Mirror” have warned us against this kind of technology. In the episode “The Entire History Of You,” we see how dangerous it could be to access our memories. It could affect our mental health by replaying certain moments, overanalyzing every word and gesture.

More importantly, the episode illustrates how a memory recording brain implant could violate our freedoms. It covers the insertion of false memories and the ability to replay any saved sexual encounters at will. Talk about creepy!

That’s just one episode. Others have told stories where similar technology is available, allowing people to implant memory data into a robot-like doppelganger resembling a deceased loved one. Another episode copies memory data to create a mini personal assistant with consciousness, while another controls the military by altering what they see.

Not all of the effects of memory recording technology on the show are negative, though. One award-winning “Black Mirror” episode allows people to download their memories into a unique afterlife before they die. Their bodies may be gone, but their consciousness can live on forever.

While “Black Mirror” has offered up some incredibly frightening possibilities, people are more concerned that giving Elon Musk access to our memories will have other more dangerous effects. One of the top concerns is that our memories will be sold as data.

When data is sold off, the next logical assumption is that people will be fed personalized ads. While this Twitter user’s prediction may seem absurd, it might not be too far fetched.

Fear of ads being implanted in our brains | Source: Twitter

Not In Our Lifetimes

Despite Musk being in the trial phase, it’s highly unlikely his device will successfully operate in our lifetimes.

However, if people think wearing a mask is unconstitutional, then who’s going to have a device implanted in their brain?

Musk may or may not have been inspired by “Black Mirror,” but these efforts certainly build a case for the budding suspicions that’s he transforming into a supervillain.