Whether Kate Middleton meant to or not, she played a huge role in contributing to the demise of the relationship between Prince William and Prince Harry.

That’s not a nice reality to consider — but it’s one that’s borne out by the facts.

And the sooner everyone accepts this, the better off they will all be.

When Meghan Markle first came onto the scene, she seemed to get along very well with Prince William and other members of the British royal family.

Contrary to popular belief that suggested that they all were at loggerheads, the Windsors and Markle got along like gangbusters.

Meghan was “expecting a grilling” and thought William would “want to know everything about her – and her intentions.” However, as soon as she arrived at the Palace she realised she needn’t have worried, with William saying “I was looking forward to meeting the girl who has put that silly grin on my brother’s face” as soon as he opened the door.

It bears noting that Kate Middleton was not present at this first meeting — and, as we previously told you, Markle tried her best to be warm and friendly to the future Queen Consort of England…but to no avail.

The video below explains all the times Kate Middleton openly disapproved of Meghan Markle. 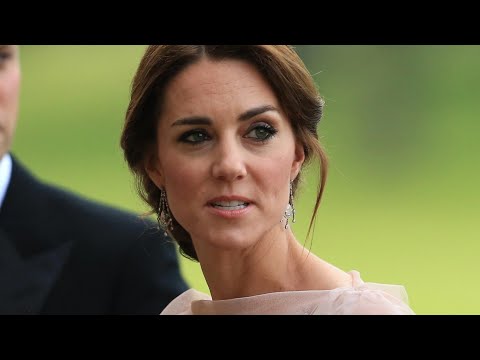 To be clear, I’m not of the belief that Kate Middleton deliberately set out to push Prince William and Prince Harry apart. Having been William’s girlfriend for so long, before she became his wife, I’m sure that she knew better than anyone how important his relationship with Prince Harry was to him.

But that doesn’t mean that she didn’t play a big role in making it happen.

Meghan Markle had tried her best to get Kate Middleton to warm up to her — but to no avail. | Source: Twitter

Families, as a rule, come to loggerheads from time to time — and the Windsors are no different. But one of the quickest to cause a rift between formerly-close family members is to not accept his/her choice of mate.

It’s evident, thanks to the British gutter press, that Meghan Markle wasn’t exactly the Windsor’s dream girl for Prince Harry.

But none of that should have mattered. They didn’t all have to be best friends but they certainly could have been cordial to one another.

By failing to extend the most basic of cordiality to Meghan Markle — and then, allegedly, participating in her active “feeding to the wolves” — Kate Middleton set off a chain reaction that led to the mess we have today.

And, much as her haters may want to, Meghan Markle can’t be blamed for that.