Fed Is Destroying the Dollar With Inflation. There’s No Turning Back

Coin Crankerz > Blog > federal reserve > Fed Is Destroying the Dollar With Inflation. There’s No Turning Back

The Federal Reserve introduced a 2% average inflation target on August 27. Since then, strategists have expressed skepticism towards the Fed’s new policy and its potential effect on the U.S. dollar.

Some investors, like Heisenberg Capital’s Max Keiser, say real inflation in the U.S. surpasses 10%. The Fed’s plan to temporarily hike inflation would worsen it:

Real inflation rate in United States over 10% But the Fed doesn’t calculate inflation based on food, education and health care They claim computers are twice as fast so prices are falling 50% So they keep rates at 0% for their war lords – who charge 18% to the peasants.

The Fed’s ability to control the inflation rate with an average target further adds to the dollar’s uncertainty.

The U.S. dollar index’s performance over the past 12 months. | Source: Yahoo Finance

Inflation Policy Is Creating Problems for the Dollar and Other Markets

The policy allows the Fed to temporarily let inflation run high, as long as the average rate remains 2%. Previously, the Fed worked to ensure the inflation rate remains below 2% at all times. Powell said:

Following periods when inflation has been running persistently below 2 percent, appropriate monetary policy will likely aim to achieve inflation moderately above 2 percent for some time.

The central bank’s overly aggressive policy is causing two key problems. First, it is putting additional pressure on the U.S. dollar. Second, it is prompting investors to take excessive risks.

Before the Jackson Hole speech, the U.S. dollar was coming off a four-month-long pullback. It significantly underperformed against reserve currencies since April, primarily due to the slowing economy.

The Fed’s willingness to maintain a low-interest rate for a prolonged period would weaken the dollar’s value, as it causes inflation to rise.

The performance of the U.S. stock market against the dollar and gold. | Source: Twitter

Anthony Pompliano, a partner at Morgan Creek Digital, said there is an argument that the stock market hasn’t increased over the past 18 years:

“Inflation means it takes more dollars to buy the same goods. Here is the stock market priced in dollars vs priced in gold. There is a strong argument that the stock market has not increased in value since 2002, but rather the dollar has been devalued.”

As Pompliano says, a weakening dollar and rising inflation benefit the wealthy. It causes the value of the dollar to drop, but the value of assets like real estate and stocks to increase.

In the long term, the implementation of needlessly high inflation could widen the wealth gap and create instability in the financial markets. At the same time, some Fed officials seem uncomfortable with asset inflation. Watch the video below. 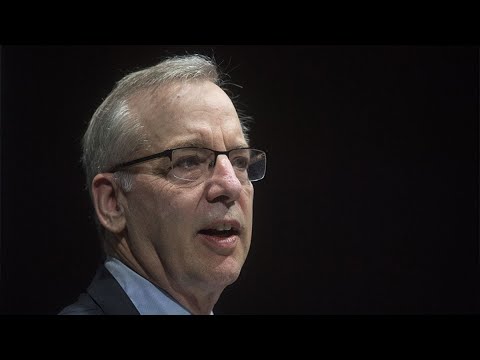 Atop all of the fundamental issues, ultra-loose policy also decreases the Fed’s leverage when another black swan even hits. The Fed has already used up most of its firepower.

With the average inflation target in place, there is no turning back. The U.S. dollar is entering a new phase that it has not seen before, and nobody can predict what would happen next. What is certain is that it leaves the U.S. vulnerable to many financial risks that could harm market stability over time.