Tech stocks are showing no signs of slowing down after surpassing the entire stock market valuation of Europe. Three key catalysts could fuel more gains in the near term.

The one-year performance of the S&P 500. | Source: Yahoo Finance

Investors are reluctant to short stocks, offline businesses are continuously declining, and tech stocks’ dominance has hit a new high. All of these factors benefit the surging tech market.

Following the explosive growth of “Big Tech” since March, analysts drew comparisons between the ongoing rally and the dot-com bubble.

Data show that tech stocks are far more dominant than they were during the early 2000s. This time around, superior earnings are supporting the rally of the tech sector.

According to Welt’s market analyst Holger Zschaepitz, the five most significant tech stocks account for 23% of the S&P 500. That is substantially higher than the dot-com bubble’s 18% two decades ago:

Tech stocks are more dominant in the current stock market landscape than in the dot-com bubble, so some analysts say the comparison isn’t accurate.

Analysts at JPMorgan Cazenove, the bank’s equity research business, said they are skeptical about forecasts calling for a correction.

In contrast to the 1990s, the analysts said that the “current rally has been supported by strong earnings delivery.”

The continued strong performance of Big Tech reduces the probability of a widespread profit-taking pullback.

In the short to medium term, Wall Street analysts expect many tech stocks to rally off positive earnings.

Most recently, Wedbush’s Daniel Ives upped his bull case for Apple (NASDAQ:AAPL) to $700. He said the iPhone 12 launch would result in Apple’s “most significant product cycle.”

New economic data hint at a slow economic recovery due to the resurgence of COVID-19.

The eurozone economy is on track to see its fastest quarterly rebound since 1995, says Oxford Economics. But several major European economies, including Spain and France, have are seeing soaring new virus cases.

If the number of new cases increases steeply heading into the fourth quarter, it might become more challenging to reopen offline businesses.

Jefferies economist Marchel Alexandrovich said the possibility of a V-shaped recovery depends on the handling of the virus.

To top it all off, short positions in the U.S. stock market have declined to levels unseen for over ten years.

The Fed’s “good news” around inflation targeting is boosting market sentiment. Watch the video below. 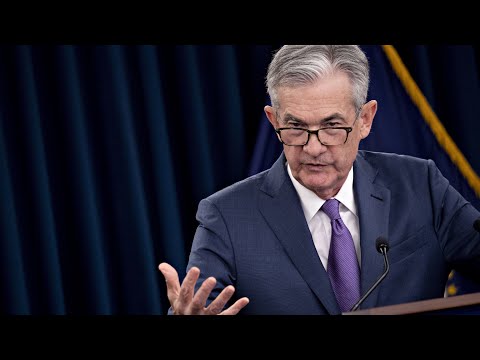 Against this backdrop, the tech sector is poised to outperform the broader market, especially as earnings recover while the broader economy continues to struggle.