Prince Harry and His Faux Anger at Snobbery Is Hilarious

Honestly, if I have to hear once more how Prince Harry and Prince William suffered a falling out because William is a snob, I think I may actually throw up.

The Royalty TV documentary “The Royal Beat: Finding Freedom” offers the latest “insight” into the current situation between William and Harry, and how the Sussexes “had been silenced by ruthless UK tabloids.”

Of course, front and center is perennial talking head Omid Scobie, wringing every last drop of fame from his fifteen minutes in the spotlight.

I think the only thing more predictable than how pro-Meghan Markle the Finding Freedom biography is, is how easily the mainstream media has bought into the nonsense peddled by authors Omid Scobie and Carolyn Durand.

As an aside, where is Carolyn? Every time I turn around, it’s Meghan’s personal cheerleader Omid who’s yapping away on television. Then again, maybe distancing yourself from the publication isn’t all that bad an idea.

Prince Harry really has no right to accuse anyone of snobbery!

First of all, the notion that Prince Harry would accuse his brother of snobbery is laughably funny.

Need we recall Harry’s childish tantrum during the infamous “tiara-gate” episode before his wedding to Meghan Markle?

You know, the time he complained to the Queen about her trusted advisor Angela Kelly, commenting that “this woman” needs to make this work for “my future wife.”

The image that both Prince Harry and Meghan Markle display publicly is not who they are when the cameras and the carefully choreographed PR machine is switched off.

Watch: Why Prince Harry and Prince William are barely talking! 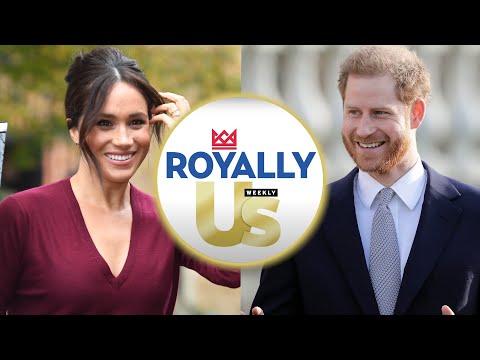 Another thing that is worth raising is how Finding Freedom author Omid Scobie is labeled a royal biographer.

He isn’t. He’s a gossip-journalist hand-picked by Meghan Markle to write this biography for her, thus allowing a certain degree of separation from the project.

If Meghan herself had penned this ridiculous publication, she would have been utterly savaged, and rightfully so.

As it is, it’s the job of her friend Omid to take the heat. Something which appears to be getting to him if recent Twitter outbursts are anything to go by.

Omid Scobie seems to be cracking under the pressure, poor boy. | Source: Twitter

Can you imagine an actual royal biographer acting so petulantly on a public platform?

As Claire Foy’s Queen Elizabeth comments to Lord Altrincham, played by John Heffernan in season two of The Crown, the monarchy has to accept criticism and abuse without being able to fire back with any response.

For that very reason, we’re being given an entirely one-sided version of events from Prince Harry and Meghan Markle’s camp.

Prince William has maintained a dignified silence on the matter.

Dan Wootton is one of a few journalists not buying the Meghan-led narrative. | Source: Twitter

Sure, we’ll get the curated and biased version of events from Omid Scobie and other Meghan cheerleaders, but the real tale behind the rumored falling out between the Princes’ will likely never be known.

And in all honesty, why should it be? It’s a private matter between two brothers.

In another example of the glaring hypocrisy we’ve grown to expect from Meghan Markle and Prince Harry, it seems the couple is only willing to throw a tantrum about rumors and gossip when it reflects poorly on them.

Here we have a gossip journalist claiming to know why Prince Harry and Prince William disagreed with each other, all based entirely on “unknown sources” yet nary a word from the Hollywood Royals.

Prince Harry and Meghan Markle claim they had nothing to do with the publication of Finding Freedom, yet the book goes into great detail on many aspects of their lives.

What happened to invasions into their privacy? Wanting to be left alone?

That only applies when the invasion and prying don’t make them look good, of course.