Resident Evil is coming to Netflix, and we just have some early details directly from Netflix. The new series will center around “the Wesker kids,” as they move into New Racoon City.

So, not only is the new series going to focus on events outside of the games, but it’s also going to focus on some of the most overplayed characters in Resident Evil history. This treatment does not bode well.

Fans on Twitter have no confidence in the new series, despite the relatively small amount of information we have. | Source: Twitter

An ever-present concern with adaptations of Resident Evil games is that they almost always play the story and characters completely straight. If you’ve ever played a Resi game before, you know that none of the good plots ever take themselves seriously.

Look at Resident Evil 4. It’s a campy B-movie-style game with ridiculous characters, terrible voice acting, and insane plot elements. Then look at the plot of the Resi live-action movies. They’re played entirely seriously as a regular horror-action movie series, and they suffer because of it.

The director of Netflix’s Resident Evil series is the man behind The Walking Dead and Breaking Bad, both of which are serious drama. It’s likely that this new adaptation will follow in their all-too-dim footsteps. You can see how insane the concept of a serious Resi series is in the video below. 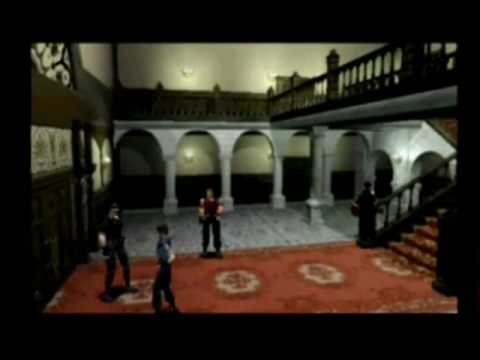 It’s Not Just About Being Too Serious Though

Just as much, the chosen protagonists concern me. The Wesker children mentioned above will be in some way connected to series mainstay Albert Wesker, who was officially played out by RE 4.

Picking one of the most overdone characters from the games to focus on was a poor decision from the writers. Even if it’s not Wesker himself, it’s going to be his kids, or something similar, and fans know how well it worked out the last time we met one of Wesker’s kids.

Imagine how great this show could’ve been, had it gone down the path of a campy B-movie-style horror series that followed the rediculous, cliched plot of the first four games. They were nearly B-movies anyway, so leaning into that is the only way to make a series that works.

As it stands, Netflix’s Resident Evil is going to be a less exciting version of The Walking Dead.