Le’Veon Bell was supposed to be a game-changer for the New York Jets. He would give the Jets a legitimate run game and be an additional target for Sam Darnold in the passing attack. A year into his contract with the Jets that has not been the case at all.

Instead, Bell has been an overpaid, underperforming distraction that can’t get along with his head coach.

Signing Bell to a four-year, $52.5 million deal last year looked like a genius move. Here was a guy who had generated close to 2000 all-purpose yards in each of his last two years with the Steelers. But then last year, he ran for a paltry 789 yards and scored only four touchdowns. To make matters worse, he did not seem to care all that much.

Along with his issues with Adam Gase, there was the infamous flu-game. Apparently, he was to sick to play football one week, so the team sent him home. But did he focus on getting better to make sure he could play next week? No! He stayed out all night bowling.

Had he been contrite when asked about it, it would not have been a big deal. But the only thing he was sorry for was getting spotted. 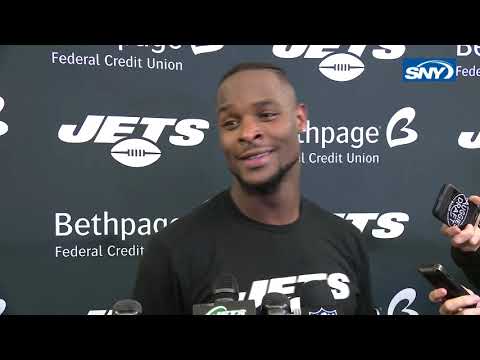 A Professional Athlete That Wants To Practice?

Bell did nothing by going bowling, but it was an ill-advised outing that was bad for optics; it looked like he didn’t care about the team as much as he should. In the end, it was nothing more than a minor distraction—much like his little rant on Twitter Wednesday morning concerning Tuesday’s scrimmage.

Adam Gase, the Jets head coach, told reporters Bell’s role was limited in the scrimmage because Bell had experienced some tightness in his hamstrings. Whether it was true was not a big deal. It was only a scrimmage, after all. Players are usually more than happy to skip out on practice—but not Bell.

Le’Veon Bell calls the Jets out for lying about his hamstrings. | Source: Twitter

Bell may be the only athlete pushing for more practice time. | Source: Twitter

He wants to play—great. He’s showing some passion— outstanding. But does he need to do it on Twitter? And because of practice reps? Apparently, he does:

He should have posted a video of Allen Iverson’s infamous practice rant with this tweet. | Source: Twitter

When Will Enough Be Enough?

Like the bowling night, this mini-rant is not a big deal. But there is a better, more productive way to air grievances than Twitter. All he had to do was go to Adam Gase and talk to him. Gase would have likely told him what he told the press:

“I just know right now it was precaution. And he’s pretty good. He’s hasn’t been somebody that really comes out of practice. I’ll always have to pull him… and say, ‘I don’t think it’s a good idea for you to go.’ But he’ll try to go back out there. So, that’s why we pulled him out. He won’t do it on his own. He’ll keep going out there until somebody else pulls him out.”

Like it or not, it’s a good reason to hold someone out of a meaningless practice.

Again—not a big deal, just annoying. But, like all annoyances, there comes a time where the bad outweighs the good. The Jets can’t squash him like an annoying bug, though. They’ll have to trade him. But to get anything of value for him, the Jets may have to put up with him a little longer and hope he bounces back.