Will Fall Guys Season 2 Be Enough?

Fall Guys has been the hit game of the summer. The colorful, noob-friendly battle-royale-lite has become the top PlayStation Plus game of all time and sold seven million copies on Steam in just its first season. While interest in the game is still high, I worry that might fall off with Season 2.

I love Fall Guys. I’ve played it almost daily since the game’s launch, looking to max out my season pass over the next 40 days or so. However, I’m starting to get tired of it, and I can’t be the only one.

Episodes are quick, often lasting no longer than ten minutes. This means you’re exposed to the same game modes (shows) repeatedly, with some, like See-Saw, appearing much more than shows like Jinxed.

I’m getting a little sick of those.

Developer Mediatonic teased the game’s Season 2 at today’s digital Gamescom 2020 show, and while I’m excited about new content, what was shown doesn’t seem to be enough. Watch the video below for more. 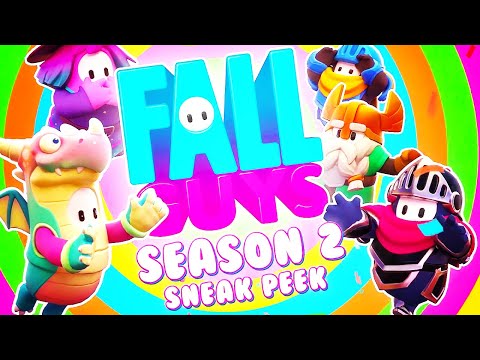 The admittedly quick tease revealed a medieval-focused season with skins and shows to boot. But taking a closer look at the few disclosed shows not much appears to have changed.

For example, some of the race stages have swinging axes instead of the current propellers, or swinging spike logs as opposed to swinging balls. Another show is a reworked Egg Scramble stage, which is one of the more boring shows, in my opinion. There was also a new Door Dash and Hoopsie Daisy show, but these are all the same modes from beforehand.

The only brand new content (aside from skins) shown was pushing boxes to leap up to new heights and movable bridges. While I expect some carryover from previous seasons, I don’t think it’s wrong to anticipate more novel changes to keep things fresh.

Fall Guys’ stages are great, but overexposure is a real issue. | Source: Steam

With less than 40 days to go, I’m hoping Mediatonic will show some brand new content to keep Fall Guys engaging as opposed to reworks of shows we’ve played the hell out of already. Otherwise, the game might fall off sooner than expected.