We Don’t Need The Witcher: Pokemon Go – and Here’s Why

Pokemon Go is immensely popular. That’s an understatement, for the global phenomenon. Such was its popularity that every brand, from Five Nights at Freddies to Harry Potter, was trying to copy it. Now CD Projekt had decided to jump on the bandwagon, a few years late.

The Witcher: Monster Slayer is a location-based RPG in which players must explore the world and kill various monsters that appear.

The Witcher brand is slowly becoming so watered down that it won’t be worth much anymore at this rate.

The Witcher and Pokemon Go Didn’t Need to Meet.

It’s ridiculous that they’re turning the Witcher into a Pokemon Go clone. CD Projekt is famous for its high-quality game design that pushed the boundaries of gaming. The Witcher: Monster Slayer isn’t going to be in keeping with that reputation.

Even if it ends up being a good game, it’s likely to be dismissed as a crummy phone app from the developer behind one of the most groundbreaking RPGs of all time. There’s no way that ‘fantasy Pokemon Go clone #254’ is going to compare.

The website for the new game even claims that it includes a narrative:

Experience story-driven quests that propel you through epic adventures inspired by the Witcher series.

The trailer doesn’t give much away about these story moments, as you can see from the video below, but bite-sized stories in a social game won’t feel the same as the epic stories of the main series. 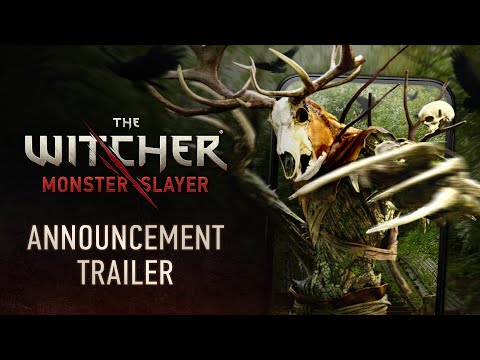 The Brand is Stretched Pretty Thin These Days

It’s not like CD Projekt has done anything wrong by making a Pokemon Go-style game. I’ll be willing to eat my words if the game comes out and provides a breathtaking narrative experience in-keeping with The Witcher series.

But, is this what we want from The Witcher? A story is only really satisfying once it’s over, but The Witcher is never-ending. Gwent might be a fun card game, but it just seems utterly out-of-place in the grimdark world of The Witcher. This free-to-play, walkathon monster-hunting simulator is more on brand. It’s still yet another unnecessary extension to a story that already had an excellent conclusion.

If the narrative of Pokemon Go: The Witcher doesn’t affect the main characters or world, then it’s pointless. On the other hand,  if the story does affect characters and the world, then it’s extending a story with a good ending for the sake of making money.

It’s not the worst thing a game company has ever done, but it’s a slippery slope. CD Projekt is widely regarded as a fantastic company, and I wouldn’t like to see them fall from grace like so many others.