2020 is turning into the year of retail investors. Robinhood traders are absorbing stocks so fast it is causing hedge funds problems, according to Jim Cramer. But billionaire Mark Cuban warns it is harder to trade in the stock market today than decades ago.

The performance of the S&P 500 since March. | Source: Yahoo Finance

More capital is involved, markets are significantly more liquid, and the stock market is at all-time highs again. The market’s dynamic is changing rapidly, causing even prominent investors, like Cuban, to become less active.

Behind virtually every surging tech stock is the fear of missing out (FOMO) among retail traders on Robinhood.

The price of Nintendo stock over the past four months. | Source: Yahoo Finance

“As well as Nintendo, Robinhood users like Sony Corp. and SoftBank Group Corp. among Japanese shares, but both of those have connections to China. Nintendo is one of the easiest Japanese stock for Robinhood investors to buy into amid concerns over U.S.-China tensions.”

The buying spree of stocks by retail investors is causing the U.S. stock market to maintain its momentum. But as warning signs start to appear, there are chances that stocks could see a deeper pullback as a result.

CNBC’s Cramer said last month on “Squawk on the Street” that retail traders are overrunning hedge funds. The preexisting structure of the stock market is at risk of changing, which might cause extreme volatility. Cramer said:

Cuban might have been seeing the changes in stock market dynamics throughout the past 10 to 20 years.

Speaking to Bloomberg’s The Dave Rubenstein Show, Cuban said there is more capital chasing fewer stocks. For that reason, the billionaire Dallas Mavericks owner said he is less active in the stock market. He said:

“I used to trade a lot. I used to be very, very active as a trader. Back in the 90s and early 2000s, there was a lot less money chasing more stocks. And now there’s a lot more money chasing fewer stocks. It’s harder to trade and be successful.”

Atop the technical factors, many macro and geopolitical catalysts could affect the stock market in the near term.

Earnings are pushing the stock market higher, as tech stocks rally. Watch the video below: 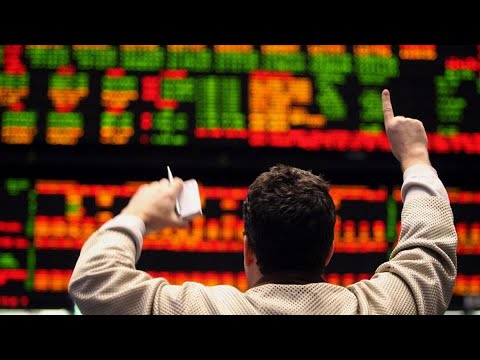 From the trade war to bubble fears, investors weigh numerous variables that could affect stocks in the short-term.

The unexpectedly large inflow of retail investors into the U.S. stock market within a short period further complicates forecasts of market trends.

In the longer term, Robinhood seemingly anticipates more retail traders to become involved in stocks. The firm raised $11.2 billion on August 17, as the pandemic fuels trading activity in the U.S.