Two days in, reaction to the 2020 Republican National Convention has ranged on a spectrum from disgusted to captivated.

One C-SPAN caller identifying himself as a lifelong Democrat said he’s changing his vote to Donald Trump after watching the first night of the convention. An op-ed writer for The Independent called the same night of the RNC, “deeply, disturbingly weird.”

Watch some of the other reactions below: 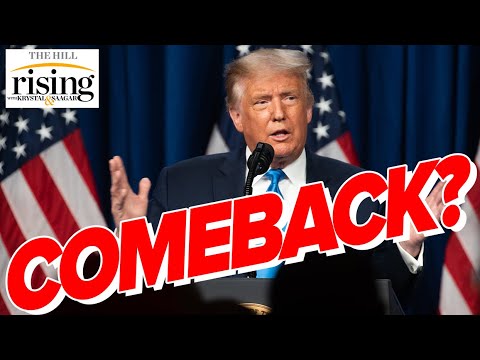 What this pundit can’t dispute is the shocking fact that far more people from one key cohort tuned into the RNC than the first night of the Democratic National Convention. Neither can the New York Times opinion columnist who panned the RNC’s “epic shamelessness.”

Although the first night of the DNC attracted almost 3 million more television viewers than the RNC (18.7 million to 15.9 million), the data might be less bullish for Biden than you think.

Raw viewer stats, just like higher poll numbers and popular vote totals, don’t necessarily translate into a White House victory. Only one thing does: electoral college votes. And these are won at the margins, with independent and undecided voters, in swing states.

That’s why Hillary Clinton got nearly three million more citizens’ votes than Donald Trump, but still lost the election in 2016.

So forget about the 3 million more convention viewers. What’s very odd is that before the TV ratings from Nielsen Media Research hit the desk, C-SPAN’s live stream of the RNC picked up six times more viewers:

That is a jaw-dropping lead for Trump. One that’s wildly different from the total audience percentages. We’ve found a group of contrarians, overwhelmingly paying attention to Trump in 2020.

Who are these contrarians? Far-right, militia movement types with those yellow flags with snakes on them? No it’s, C-SPAN’s audience. They represent an incredibly balanced cross-section of Americans.

The most recent survey of C-SPAN’s audience found 28% are liberal, 27% are conservative, and 36% are moderate. And they’re very evenly distributed across the United States.

C-SPAN is most famous for its live coverage of Congress. The person tuning into the RNC using C-SPAN is more likely a political junkie with a wonky interest in public policy – and a disdain for partisan punditry. They’re politically active too: 70% voted in the 2016 elections (compared to 58% of the voting-eligible population).

If C-SPAN interest in the RNC is any guide, Trump may have more quiet support outside of his vocal base than anyone realizes. | Source: Nicholas Kamm / AFP

This makes for a terrible bellwether for Joe Biden. We already know Democrats in big cities outnumber Republicans nationwide. But which way is the energy among a large sample of very politically active moderates leaning? Toward Trump: by a six to one margin if the RNC ratings are any sort of guide.

The polls show Trump’s opponent leading everywhere – just like last time. What the Biden campaign needs to realize is that the tallies may misread energy levels among independents and disaffected moderates too. Just like last time.

It matters that 364,000 more people streamed the RNC from C-SPAN on the first night. Scroll back up and tap the link to compare Hillary Clinton’s vote totals to Donald Trump’s. She lost the election by 77,744 votes in Michigan, Pennsylvania, and Wisconsin. You do the math.