The U.S. stock market is climbing upwards on positive earnings reports, specifically from tech companies. Strategists say that the markets might be entering a “euphoria” phase, which could threaten the upside momentum. Despite V-Shape Earnings, Euphoria Presents a Warning Sign For a Correction

On a note released on Tuesday, Jefferies global head of strategists Sean Darby said some indicators pinpoint a “euphoria” stage.

Darby noted that the expectations of U.S. earnings saw V-shape growth, but the threat of minimizing drawdown risks exists. He explained:

“U.S. earnings expectations have certainly ‘V-shaped.’… Some of our indicators are beginning to move into the ‘euphoria’ stage, and we caution that managing drawdown risk is coming to the fore.”

Tech stocks have seen massive intraday movements in recent weeks as a result of positive earnings. As an example, salesforce recorded a 13.63% rally during after-hours trading, adding over $25 billion to its market cap.

There are clear catalysts behind the stock market, many of which are fundamental. High earnings, stabilizing COVID-19 cases across many states, and the path to economic recovery led the stock market sentiment to rebound. 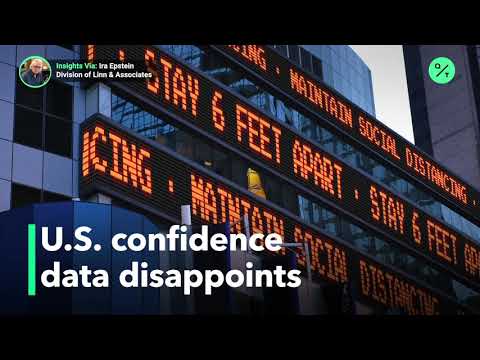 While there are no apparent reasons to expect a pullback, Darby explained that there are warning signs.

In the near term, he suggested that the U.S. Treasury’s 30-year yield could provide some hints. Darby stated:

“The obvious catalysts for a correction are not present but the technical ‘stretch’ of some of our indicators are a warning sign. A close watch should be kept on the U.S. 30-year yield and any sign that that U.S. money supply is rolling over.”

Throughout the past month, the 30-year Treasury yield has gradually increased from 1.23 to 1.39. The rising return indicates that investors have increasingly entered the stock market since early August. One Factor Could Continue to Push Stock Market Further

Alongside various macro factors, like the stimulus, the consistent increase in liquidity has established a favorable macro backdrop for stocks. Siegel said:

“The amount of the liquidity that’s been added to this economy is there. It’s not going to be withdrawn by the Fed because unemployment is going to remain high. So I think there’s room really for both groups to go up in 2021, even though we finally might get a turn towards value.”

The U.S. stock market increased by 53.91% since its bear market bottom on March 23. Yet, the Federal Reserve is showing signs of additional fiscal policies to buoy the economy.

The confluence of rising liquidity and favorable Fed policies could offset the warnings emerging as a consequence of the markets seeing a euphoria stage.