But his immediate renunciation of the claims — and subsequent revelations about his alleged accuser — spell trouble for the #MeToo movement.

Cole Sprouse Looks Like a Victim of False Accusations Allegations like these against Cole Sprouse could prove to be the undoing of the #MeToo movement. | Source: SD Mack/Shutterstock.com

“Riverdale” is a problematic mess. There’s no question about that.

But it’s completely unfair to accuse Cole Sprouse of something he didn’t do.

A woman with a “burner” Twitter account, who solely went by the name of “Veronica,” claimed Sprouse assaulted her at a party back in 2013. Her claims came just two days after similar accusations ensnared actor Ansel Elgort. And her claims came just one day after Justin Bieber was accused of the same thing.

Sprouse categorically denied the accusations. And he subsequently revealed that this was one of many accusations made against himself and his “Riverdale” co-stars. False accusations against celebrities — even if they’re as problematic as Cole Sprouse — don’t help the #MeToo movement. | Source: Twitter

This definitely means trouble for both the accuser and the #MeToo movement.

The #MeToo Movement Has Done Plenty of Good

There’s no denying that the #MeToo movement has been a good thing. Thanks to their efforts, Harvey Weinstein now rots in jail. And Jeffrey Epstein rots in a much hotter place.

But Cole Sprouse is neither of these men. And he doesn’t deserve to be falsely accused of sexual assault. 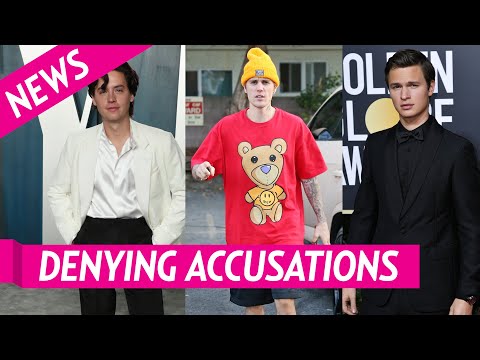 And the fact that this accusation seems like the antics of an obsessive “Riverdale” fan is even more disturbing. As Lili Reinhart — Cole Sprouse’s co-star and sometime girlfriend — correctly said, false accusations threaten to do irreparable harm to “the movement.”

The #MeToo movement aims to hold predatory men accountable. But it’s at risk of being overrun by obsessive fans with unjustified vendettas against celebrities who won’t return their affections.

And as the claims against Cole Sprouse portend, that may be the fatal blow to the movement.