Credit Suisse, one of the world’s largest investment banks, has made a big U-turn on its year-end price prediction for the U.S. stock market. The reasons: shock intervention from global central banks and a steady decline in bankruptcy filings.

Strategist Jonathan Golub believes the S&P 500 Index will end the year at 3,200. That’s an astonishing 18.5% revision from his previous year-end target of 2,700.

In a note to clients, Golub said (as per CNBC):

The strategist also cited a steady decline in average bankruptcy filings for his revised outlook. With solvency risk “well contained,” higher valuations are more likely to be justified.

The benchmark S&P 500 Index returned above 3,200 in early June before suffering another setback. From trough to peak, the index rose by as much as 44.8%.

2020 has been a volatile ride for the U.S. stock market. | Chart: Yahoo Finance

As The Wall Street Journal reports,

Prices for raw materials including oil and copper are surging as the world economy reopens for business, a signal to many investors that global growth is returning more quickly than anticipated. U.S. West Texas Intermediate for July delivery is trading above $40 a barrel on Monday. The May futures contract crashed below zero earlier this year. | Chart: Yahoo Finance

Rising commodity prices are a reflection of higher factory production, international trade, and air travel. The pandemic ravaged each of these components, and it’ll be years before they fully recover.

Last week, the Federal Reserve reported that industrial production and capacity utilization increased in May. Retail sales bounced back 17.7% in May, the fastest gain on record. U.S. airlines are also increasing flight schedules due to increasing demand.

Despite these positive reports, economic activity remains well below pre-pandemic levels. The resurgence of virus hot spots across the United States is also raising red flags about how quickly the economy can recover.

Don’t Get Too Excited About a Major Rally

While Credit Suisse’s outlook appears rosy at the surface, it also points to meager gains over the next six months. Analysts at JPMorgan agree and have called the end fo the so-called ‘FOMO rally.’

The extended relief rally of April and May was mainly driven by central-bank intervention. As the Federal Reserve’s balance sheet shows signs of topping out momentarily, significant returns are unlikely. And that exposes another major risk. 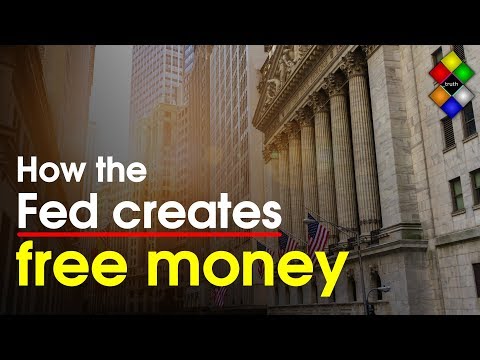 An overreliance on Fed liquidity is a dangerous precedent. The Fed has not only financialized the economy, but it has also spawned massive asset bubbles in various segments of the market. This environment has given rise to the likes of Dave Portnoy, who are picking stocks randomly because “stocks always go up.”

He’s not alone, either. The Federal Reserve has skewed incentives so much that fund managers are also tossing fundamentals out the window to follow Portnoy’s footsteps.

Ultimately, though, equity markets must align with fundamentals. If and when that occurs, the new wave of millennial stock pickers could be in for a rude awakening.

Disclaimer: This article represents the author’s opinion and should not be considered investment or trading advice from CCN.com. The author holds no investment position in the above-mentioned companies.