Crash Bandicoot 4 Isn’t Next-Gen, But Expect the Franchise’s Best Yet

It’s finally happening. We’re getting a new Crash Bandicoot game after 12 years of no new main installments. After the success of the N. Sane Trilogy, it was inevitable.

Toys for Bob, the devs behind the Spyro Reignited Trilogy, look to have created a gem of a game. Taking the series back to the last point everyone can agree that the series was at it’s best.

That’s why Crash Bandicoot 4 is probably going to be the best game in the series to date. From these screenshots, it’s pretty easy to see how classic Crash gameplay has been kept intact, without losing the cutting edge sheen we expect from a modern video game. | Source: YouTube

Toys for Bob Seems to Understand What Made the Series Good

Despite being a simple concept, a good Crash Bandicoot game can be hard to make. After all, you can’t just keep doing the same things or it’ll get stale. By the same token, you can’t go too far or it won’t feel like Crash anymore.

During the presentation, Toys for Bob made it clear they understood what made the series awesome. In a post-trailer interview, Paul Yan spoke about the difference between classic Crash Bandicoot gameplay, and modern games.

“when we observed some of the other games and platforms and how they’ve evolved over time, (…) they’ve gone to a place where they’re a little bit more open in nature, and as a consequence the challenges and things that you interact with are a little bit more sparse and spread out (…) but when we think about classic Crash gameplay it’s dense and focused.” 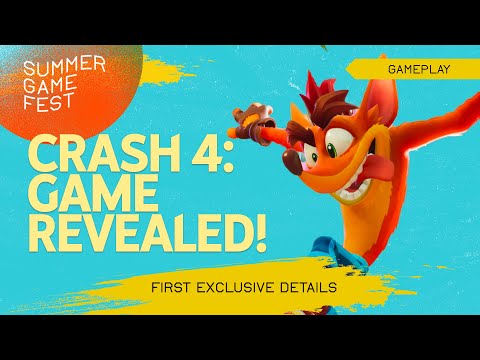 That Gameplay Difference Is Hugely Important for Crash Bandicoot 4

It might not seem like a lot, but that fundamental understanding of Crash’s gameplay will make all the difference.

Over the years, people have tended towards more open styles of gameplay because it looks more impressive. Returning to that style for a true sequel to the series, but with enough new additions to make it feel like a truly new game will be a breath of fresh air.

Obviously, the massive nostalgia appeal will probably help a fair bit. Either way, the future looks pretty bright for Crash Bandicoot right now. Let’s just hope we don’t have another Wrath of Cortex on our hands after all.